The constellation Corvus, the crow, glows to the lower right of the brilliant star Spica on May evenings. Its brightest stars form a pattern that resembles a sail. Two names are shown for each of the crow's major stars. The top name is its designation by Johann Bayer, who used letters of the Greek alphabet to label the stars in every constellation. "Alpha" usually designates a constellation's brightest star, but in this case it is applied to a relatively faint star. The bottom name is the star's proper name, which generally pre-dates the Bayer name by centuries. [background image: NASA/ESA/Z. Levay (STScI)/A. Fujii] 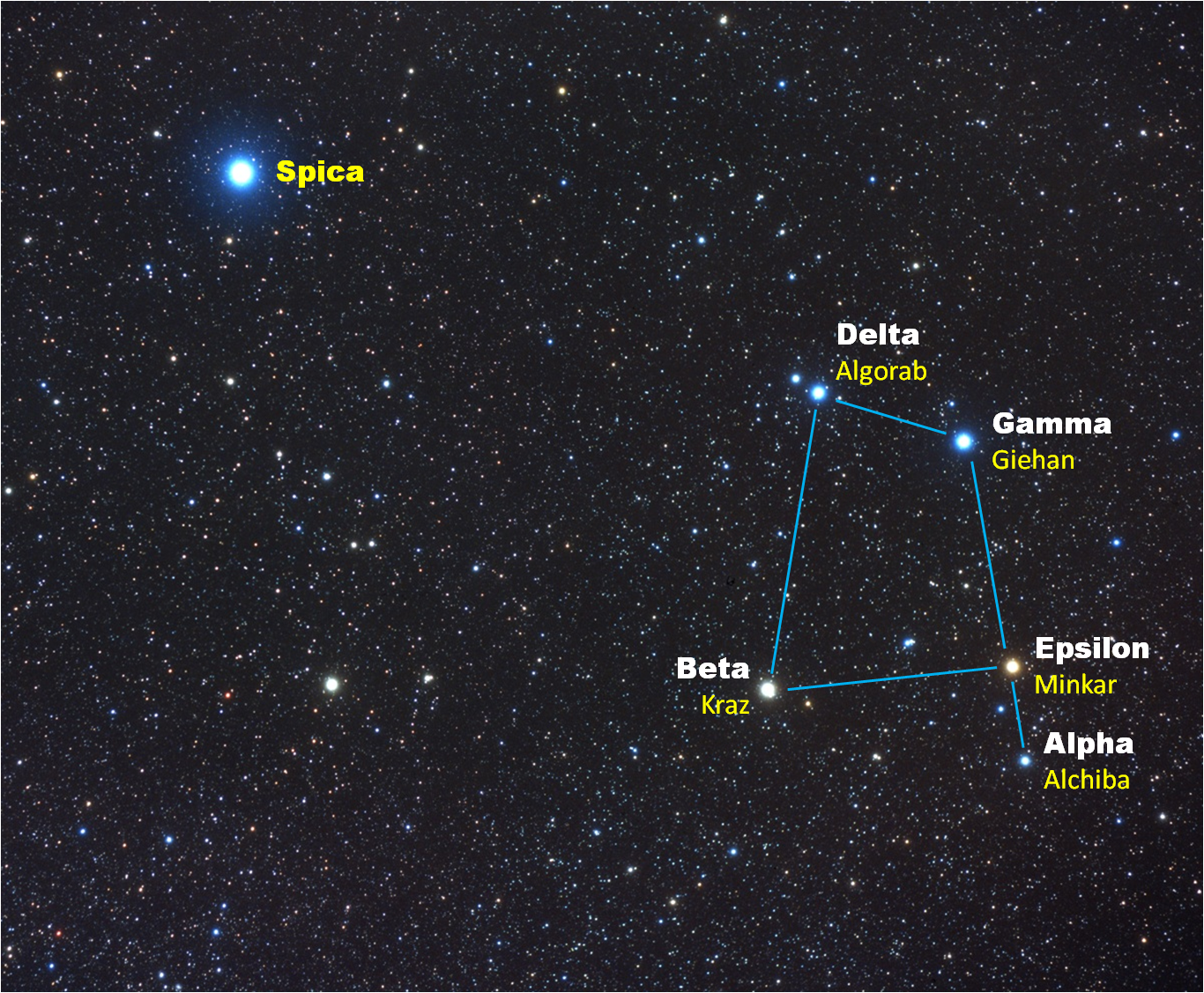