Mascot, a small rover deployed from the Japanese Hayabusa2 mission, snapped these images of its target, asteroid Ryugu, during its single day of operations. The picture at left shows the limb of the asteroid during approach, while the one on the right was snapped on the surface. Mascot was equipped with an "arm" that allowed it to hop to several locations on Ryugu's surface after it landed on October 3, 2018. The lander operated for about 17 hours before its battery expired, as planned. Hayabusa2 will continue its studies of the asteroid through 2019. [DLR/JAXA] 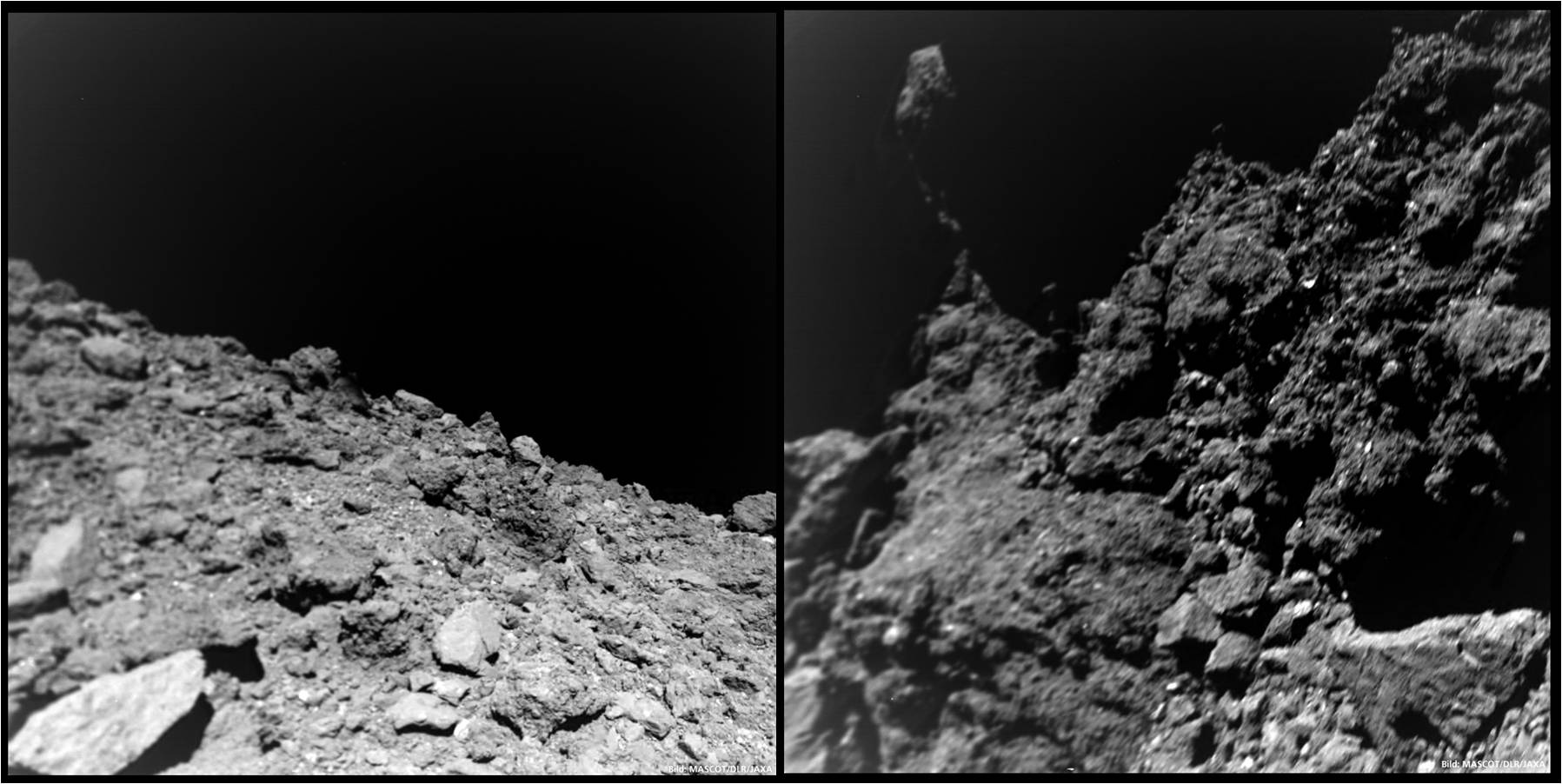