A meteorite sits on the Antarctic ice while members of a scientific expedition prepare to bag it. Other meteorite hunters, part of a project called ANSMET, are deploying at two locations in Antarctica in early December to continue the search for these bits of cosmic debris. In four decades of searches, ANSMET has gathered more than 22,000 extraterrestrial samples, including some from the Moon and the planet Mars. [ANSMET/USAP] 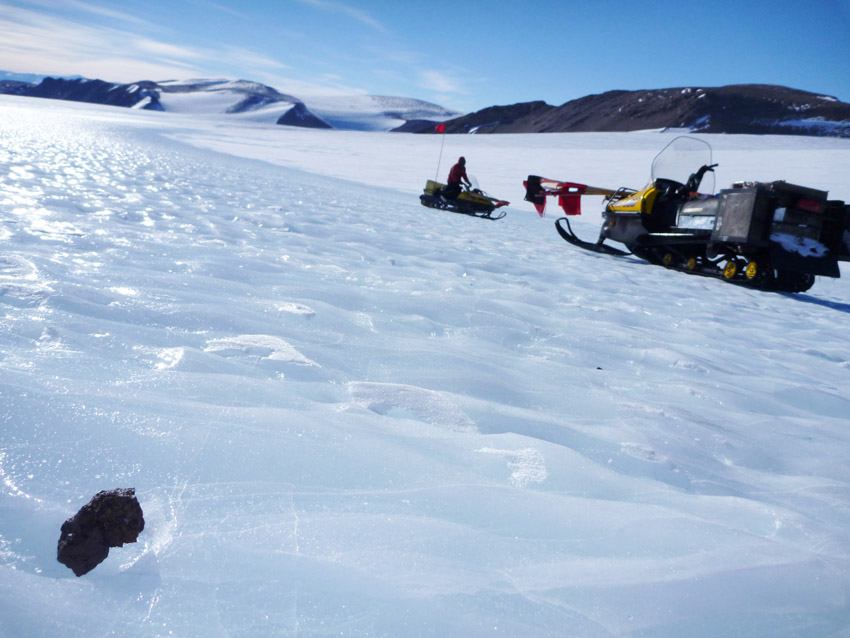