Harvey Nininger, perhaps the world's leading expert on meteorites, opened the world's first meteorite museum 75 years ago. The American Meteorite Museum was along Route 66, a few miles from the rim of Arizona Meteor Crater, the world's best-preserved impact crater. Nininger collected, studied, and traded meteorites, and is considered one of the founders of the field. Thousands of visitors stopped by the small museum, which Nininger was forced to relocate after the highway was moved. All that remains today are a few crumbling ruins. [Wikipedia]

Find out more in our radio program entitled
Moving West 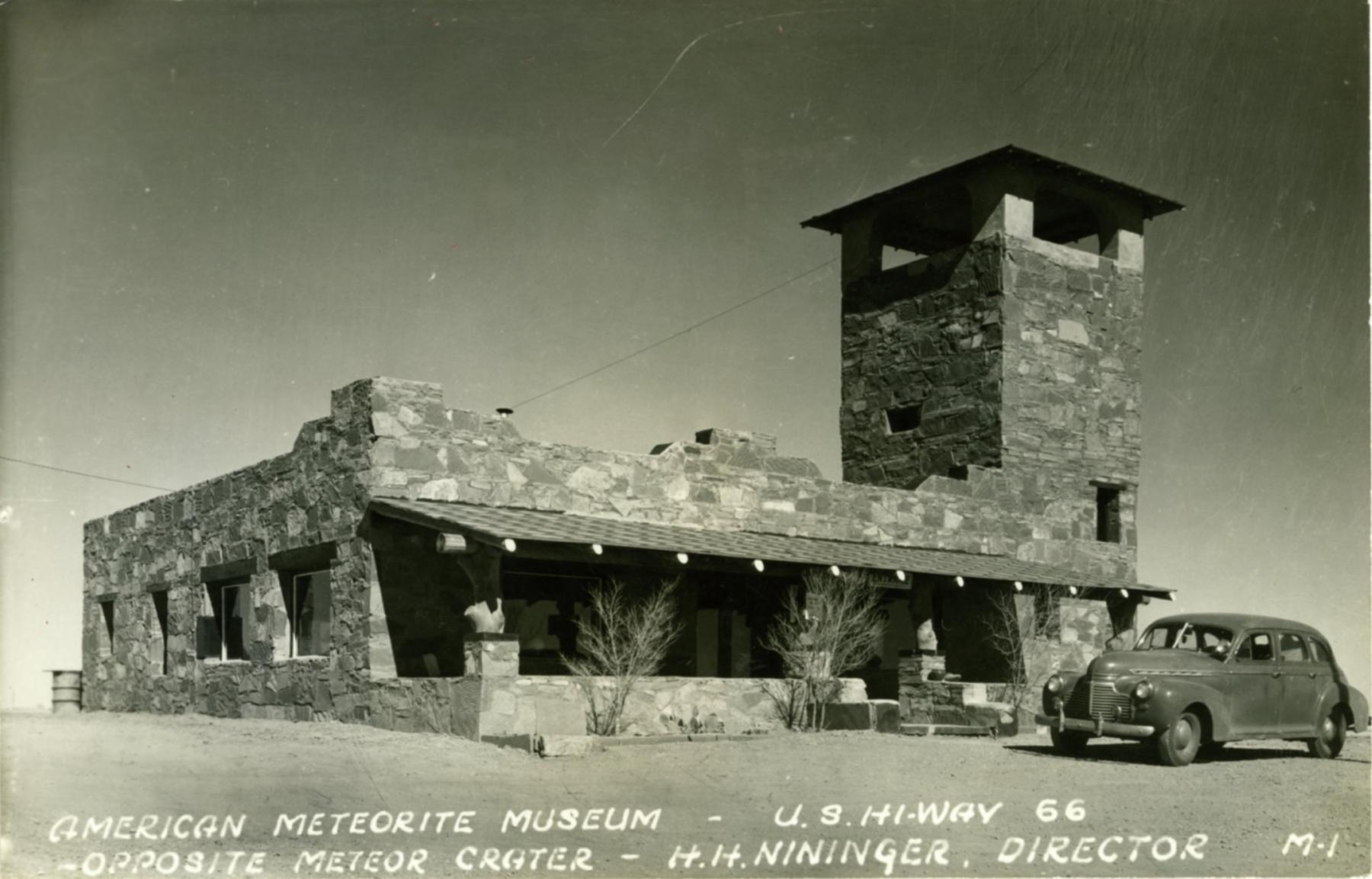 On the Road | StarDate Online