Two black holes produce gravitational waves as they orbit closer and closer to each other in this artist's concept. The black holes eventually will merge, producing an outburst of gravitational waves, which are ripples in space-time. Detectors on Earth have discovered the waves from several merging black-hole pairs, as well as a pair of merging neutron stars, confirming one prediction of Albert Einstein's theory of gravity. [NASA]

Find out more in our radio program entitled
LIGO 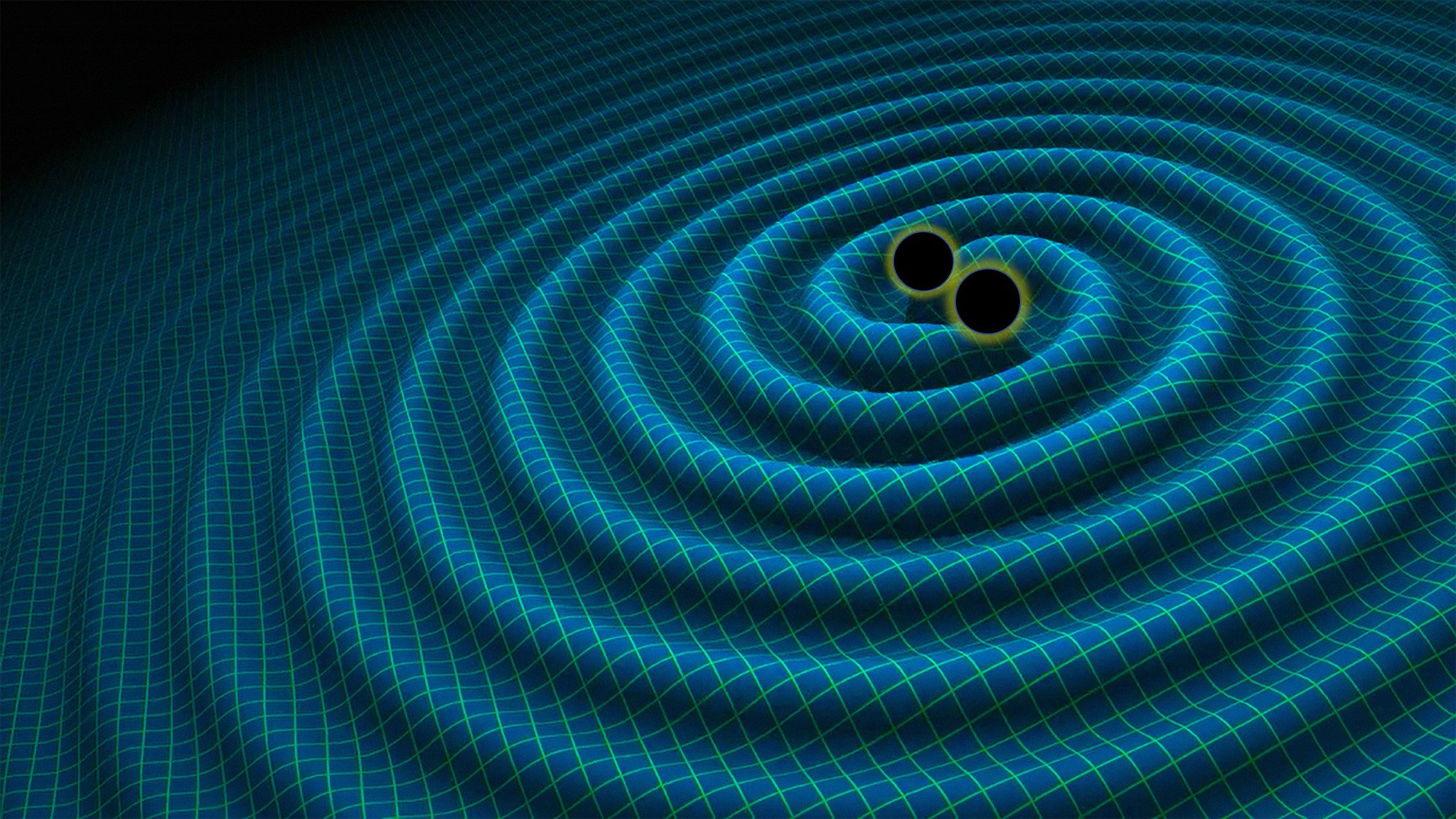