Rings encircle the dwarf planet Haumea in this artist's concept. The potato-shaped object, which also has two small moons, orbits the Sun at an average distance of about four billion miles, which is comparable to Pluto's distance. The ring was discovered when Haumea passed in front of a star. The star's light flickered slightly both before and after it disappeared behind Haumea, suggesting that the light was blocked by rings. This makes Haumea the most distant object in the solar system with known rings. [IAA-CSIC/UHU]

Find out more in our radio program entitled
Ringed Dwarf 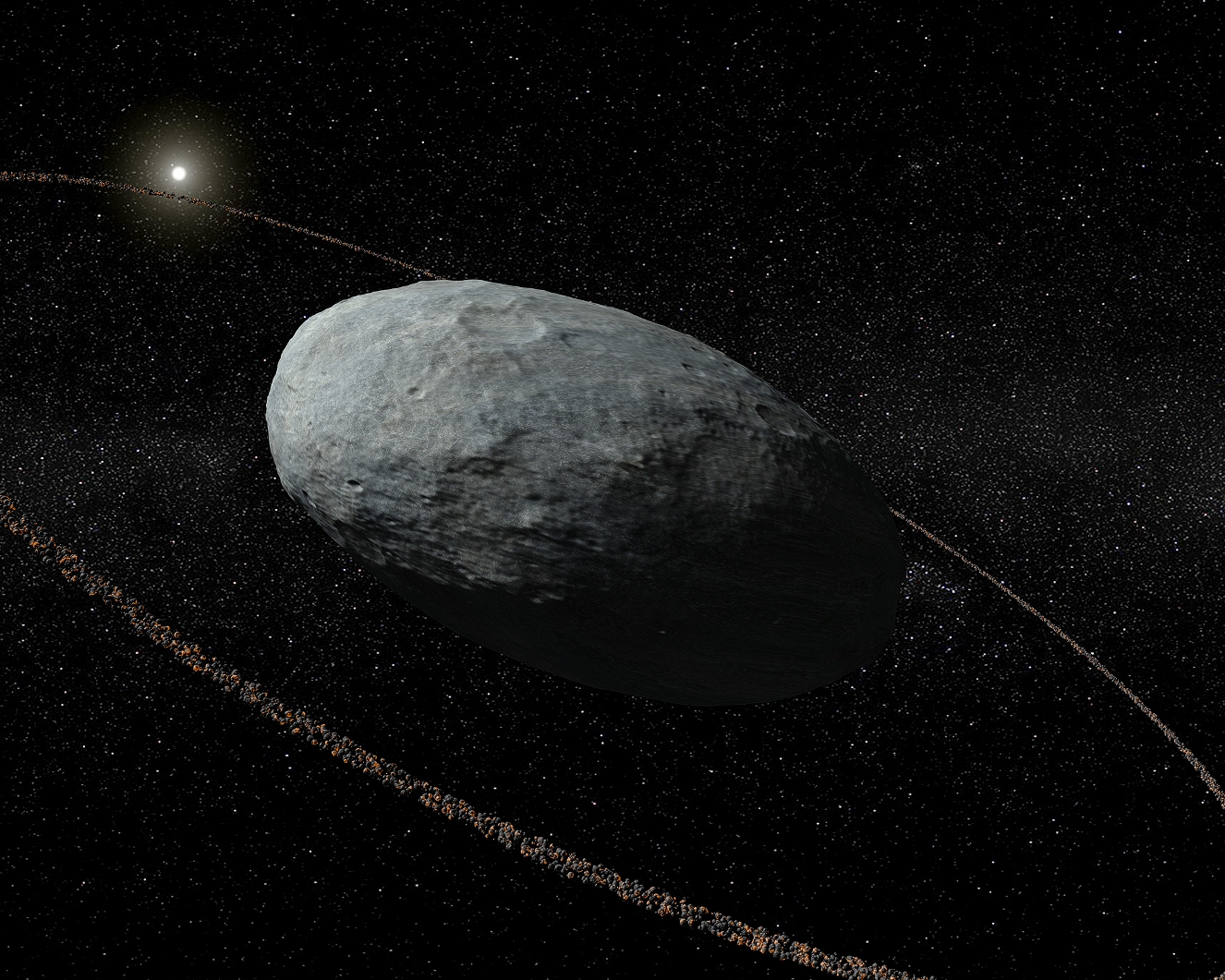