Hydrogen and oxygen are captured in this false-color image of NGC 246, the Skull Nebula. The nebula is a cloud of gas expelled by a dying star at its center. A small, faint star orbits the dying one, with a larger star orbiting the other two at a much larger distance. Hydrogen, which glows red in the image, accounts for most of the nebula's gas. Oxygen is shown in blue. The nebula is expanding, and thousands of years from now will dissipate into space. It is about 1,600 light-years from Earth, in the constellation Cetus. [ESO] 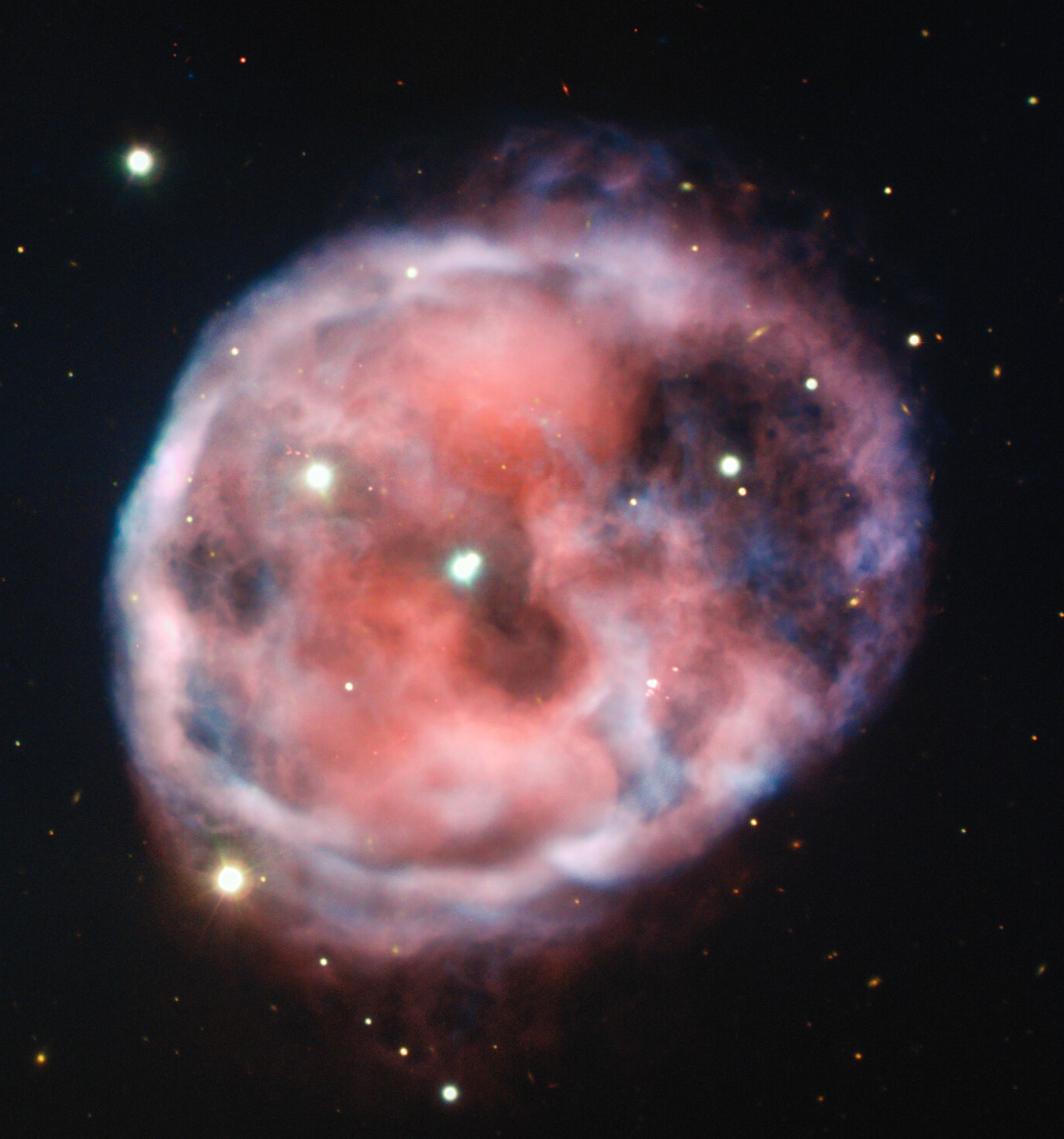