The battered surface of Charon, the largest moon of Pluto, is topped by a rust-colored basin in this newly released image from the New Horizons spacecraft. The color in the image has been enhanced to bring out differences in the features on the moon's surface. The image shows tall cliffs, cracked plains, impact craters, and other features. New Horizons snapped the image on July 14, but only recently transmitted it to Earth. The craft will continue to transmit its pictures and other data to Earth well into next year. [NASA/JHUAPL/SWRI] 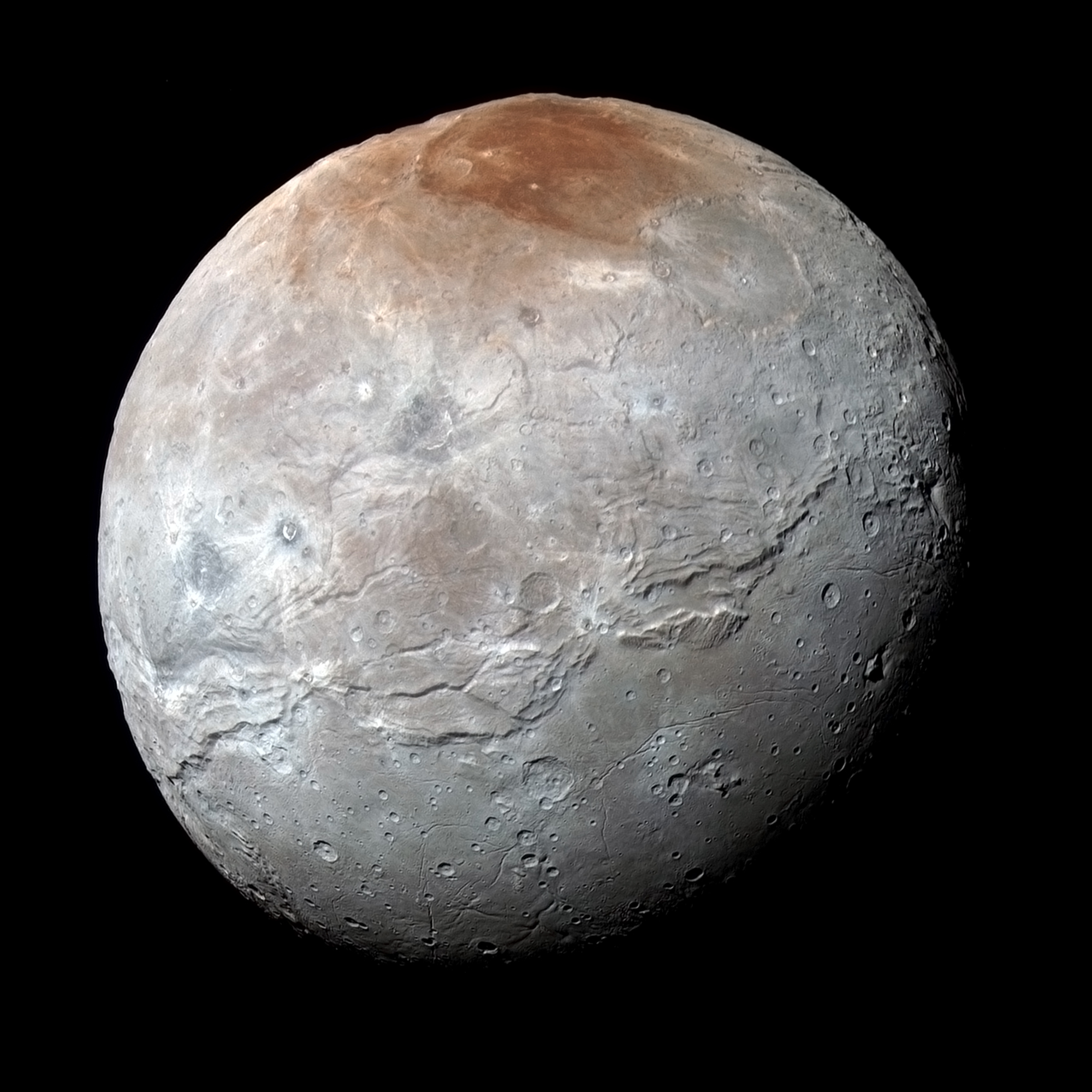