China's Zhurong Mars rover snapped this selfie a few days after its May 14 landing. It is sitting on a landing platform, and should roll onto the surface in the next few days. The rover and lander entered orbit around Mars in February as part of the Tianwen-1 mission. The mission also includes an orbiter. The touchdown makes China the second country to make a successful landing on Mars, after the United States (a Soviet craft landed on Mars in 1971 but failed minutes later, before transmitting any pictures or scientific data). Zhurong landed in Utopia Planatia, a vast plain. The rover will study the region's geology and the Martian climate and magnetic field, and will use radar to look for evidence of ice below the surface. [China National Space Agency] 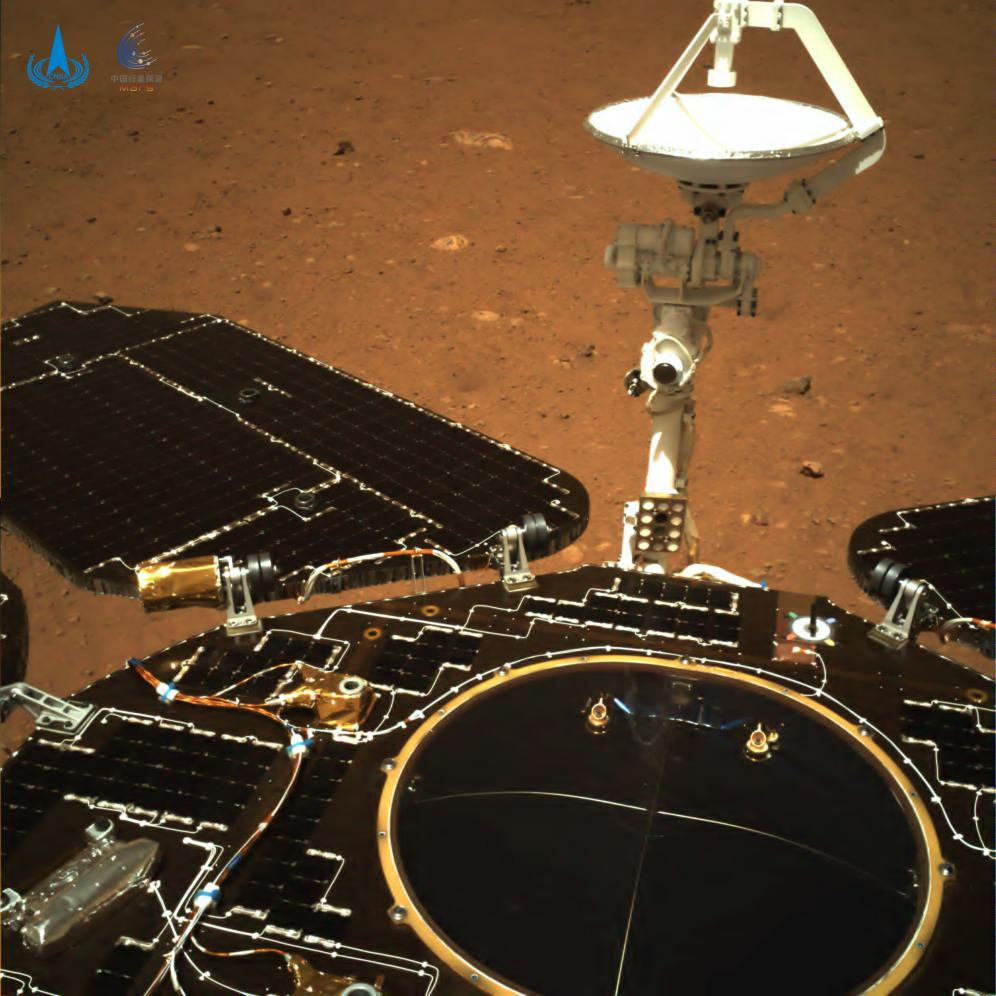