Members of a Lick Observatory expedition in Australia prepare to film a total solar eclipse on October 21, 1922. By measuring the positions of stars that appeared near the eclipsed Sun, the astronomers confirmed a 1919 finding that demonstrated that Albert Einstein's theory of gravity, known as General Relativity, was correct. [Special Collections and Archives, University Library, UC Santa Cruz] 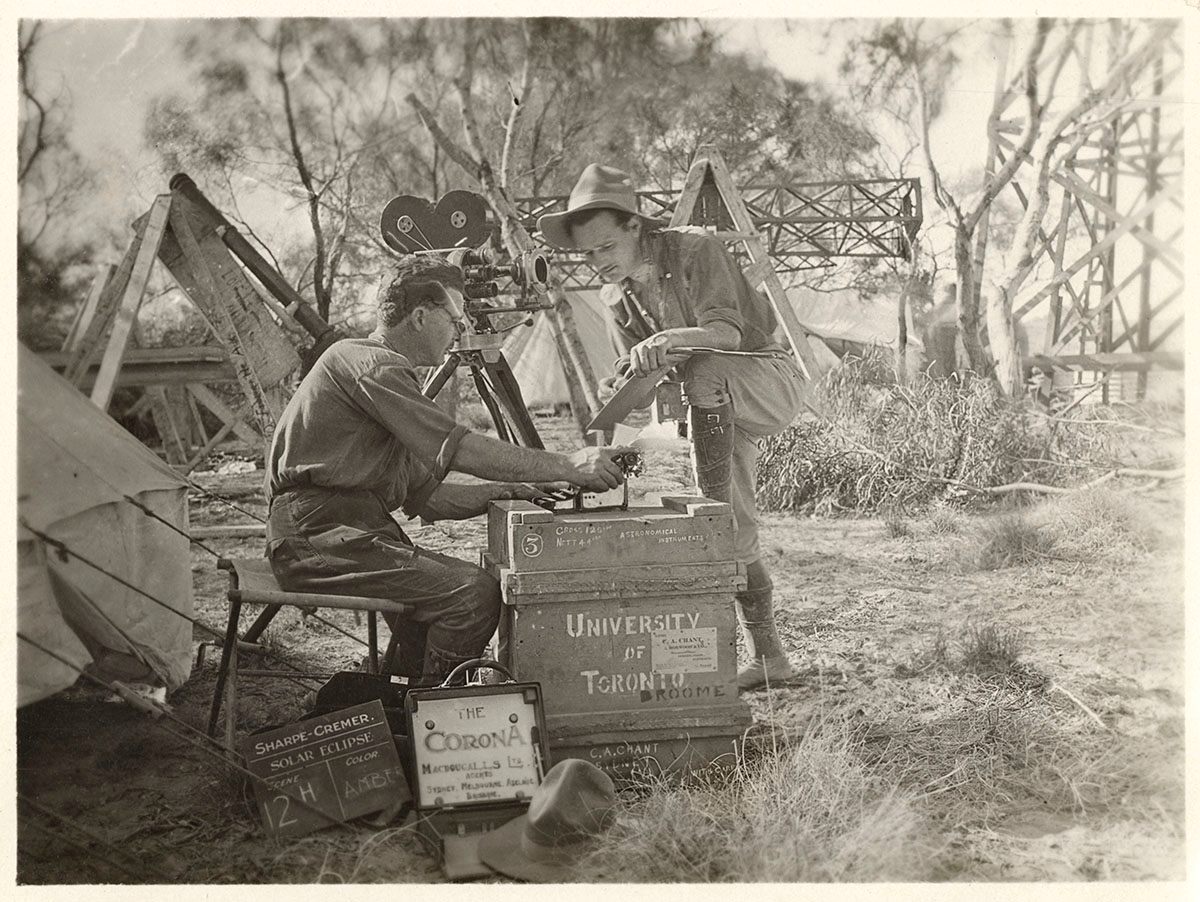