Racing Toward Its Doom

A bright comet races toward the Sun in this image from the Sun-watching SOHO spacecraft, snapped late on August 3. The comet, which is the bright streak just to the lower right of center, will make its closest approach to the Sun within hours, and is not expected to survive the encounter. The comet is a remnant of a giant comet that fragmented into thousands of smaller bits many centuries ago. The star cluster M44, the Beehive, is visible at the right edge of the image, just above center. The Sun has been blocked from view by the satellite's telescope, allowing the craft to study the Sun's hot outer atmosphere, which produces the bright streaks radiating away from the center of the image. [ESA/NASA/SOHO] 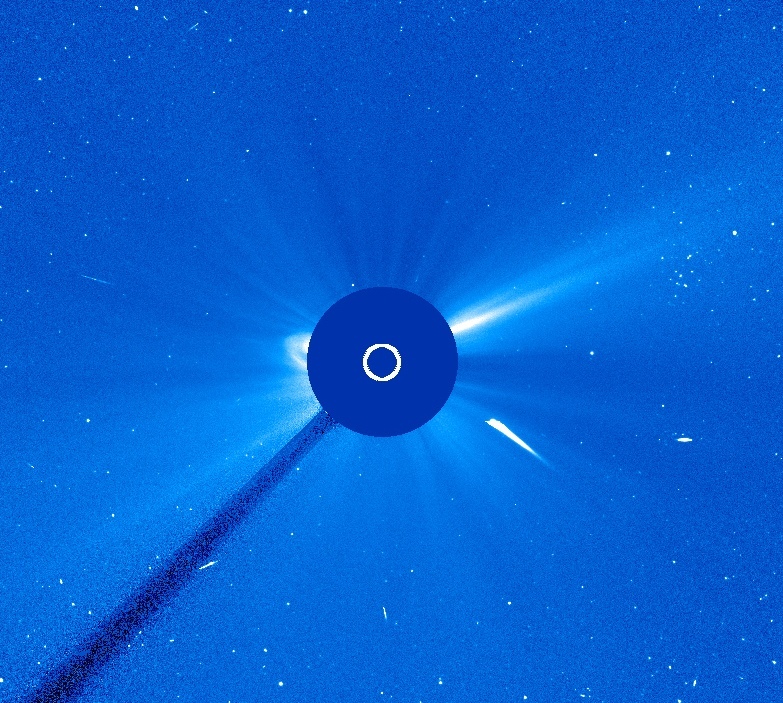