A giant black hole at the center of a galaxy more than nine billion light-years away is blowing massive winds throughout the galaxy, perhaps shutting down the birth of new stars. The black hole is near the center of the bright blob just below center in this image, which combines observations from the Keck Observatory in Hawaii and ALMA, a radio telescope in Chile. The winds are depicted in blue, while green shows gas around the black hole. Charged particles are captured by a powerful magnetic field and shot into space as "jets" before the particles can enter the black hole. These jets push away the surrounding gas, preventing it from collapsing to form new stars. [A Vayner and team]

Image of the quasar host galaxy from the UC San Diego research team’s data. The distance to this quasar galaxy is ~9.3 billion light years. The four-color image shows findings from use of the Keck Observatory and ALMA. As seen from Keck Observatory, the green colors highlight the energetic gas across the galaxy that is being illuminated by the quasar. The blue color represents powerful winds blowing throughout the galaxy. The red-orange colors represent the cold molecular gas in the system as seen from ALMA. The supermassive black hole sits at the center of the bright red-orange circular area slightly below the middle of the image. Credit: A. Vayner and team 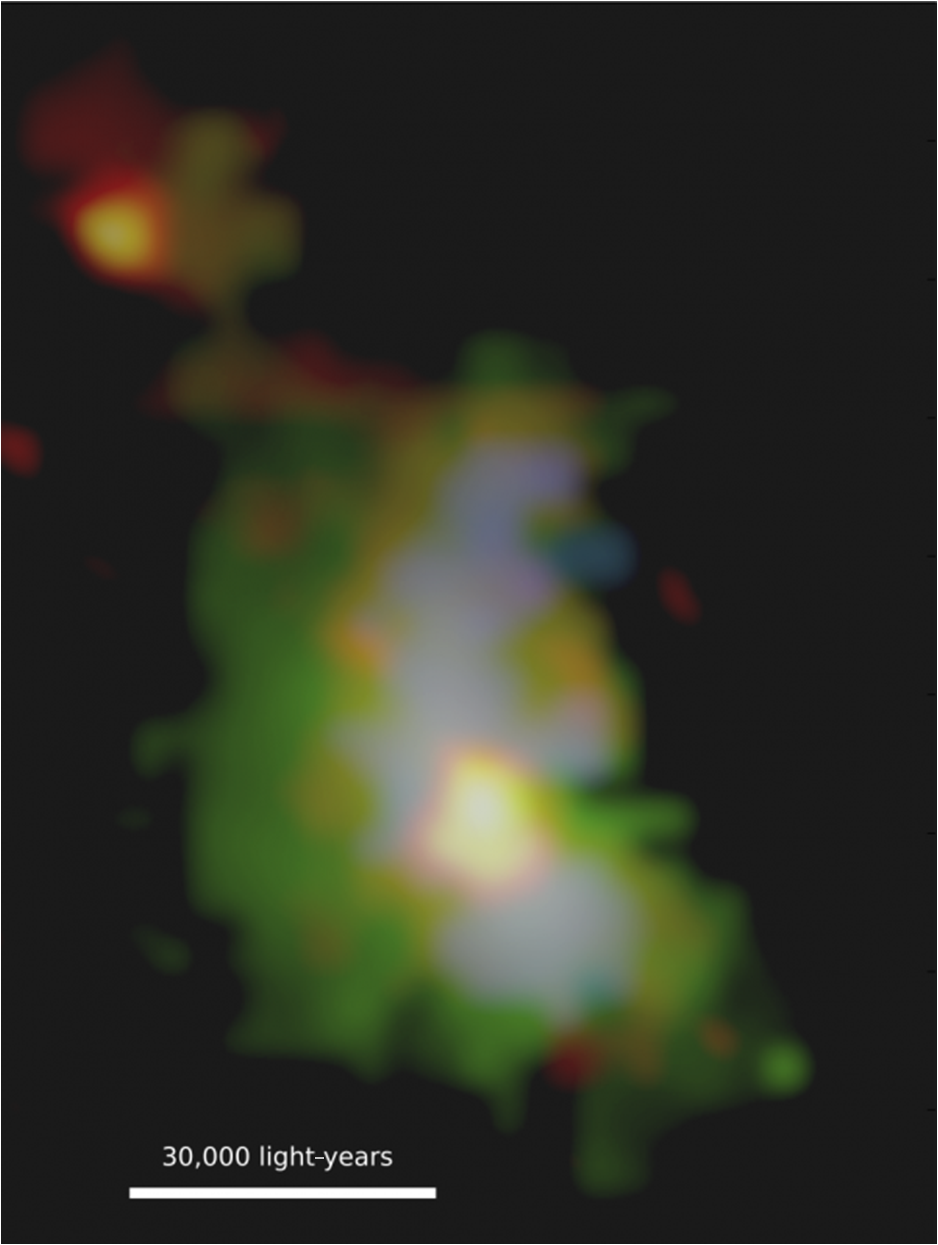