A stellar corpse known as a white dwarf zaps a companion star with a particle beam every two minutes, as shown in this artist's concept. The two stars in the system, known as AR Scorpii, are separated by about twice the distance from Earth to the Moon. As the white dwarf rotates, its magnetic field accelerates beams of electrons to almost the speed of light. As the beams sweep past the companion -- a small, cool red dwarf star -- they heat the other star, causing the system to shine much brighter. [M. Garlick/University of Warwick/ESO]

Find out more in our radio program entitled
Zapped! 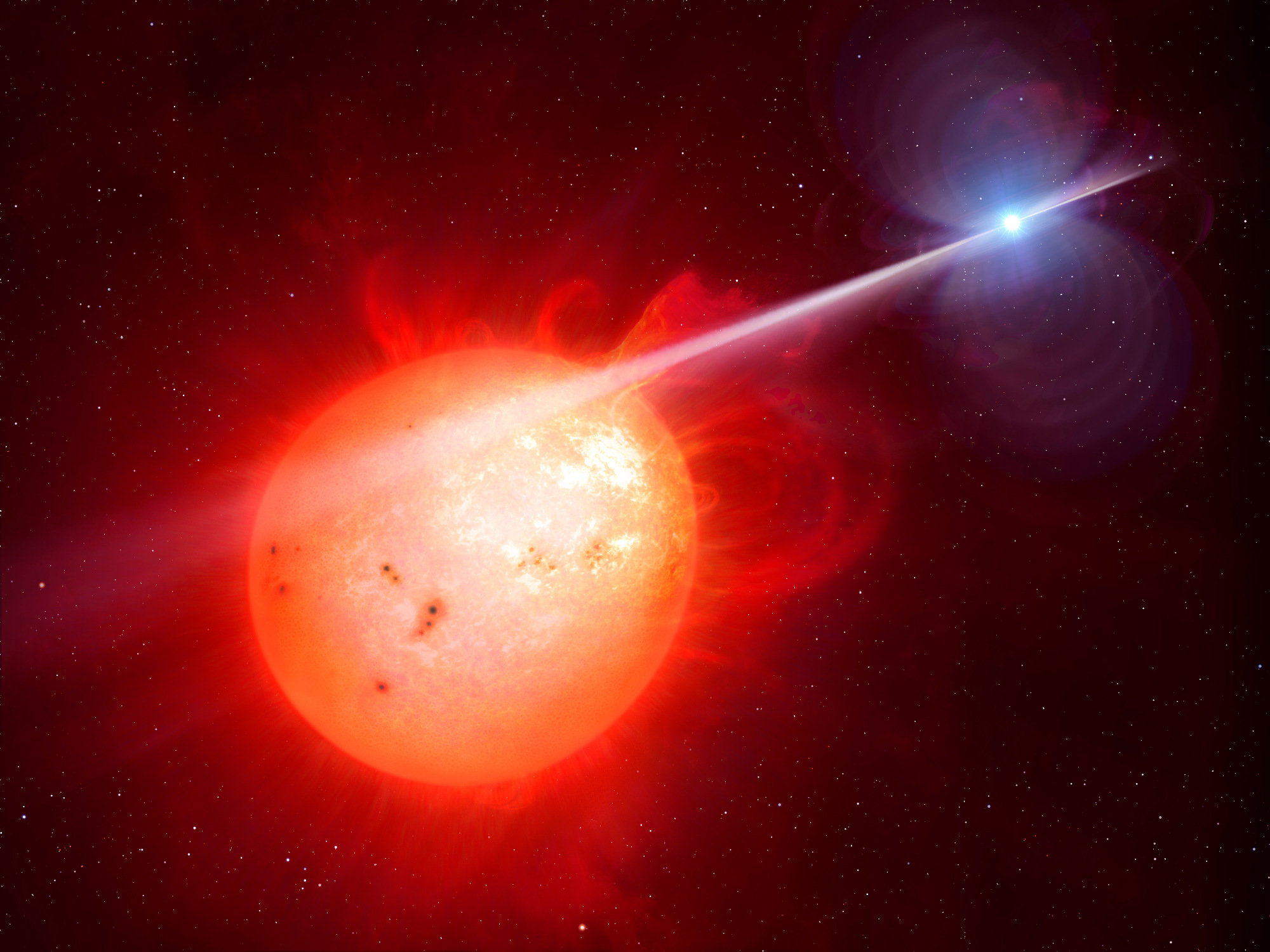