Apollo 11 Lunar Module Pilot Edwin 'Buzz' Aldrin salutes the American flag during his two-hour moonwalk. Aldrin and mission commander Neil Armstrong landed on the Moon on July 20, 1969, and conducted their EVA that night. The astronauts gathered about 50 pounds of rock and dirt for return to Earth. [Neil Armstrong/NASA]

Find out more in our radio program entitled
One Giant Leap 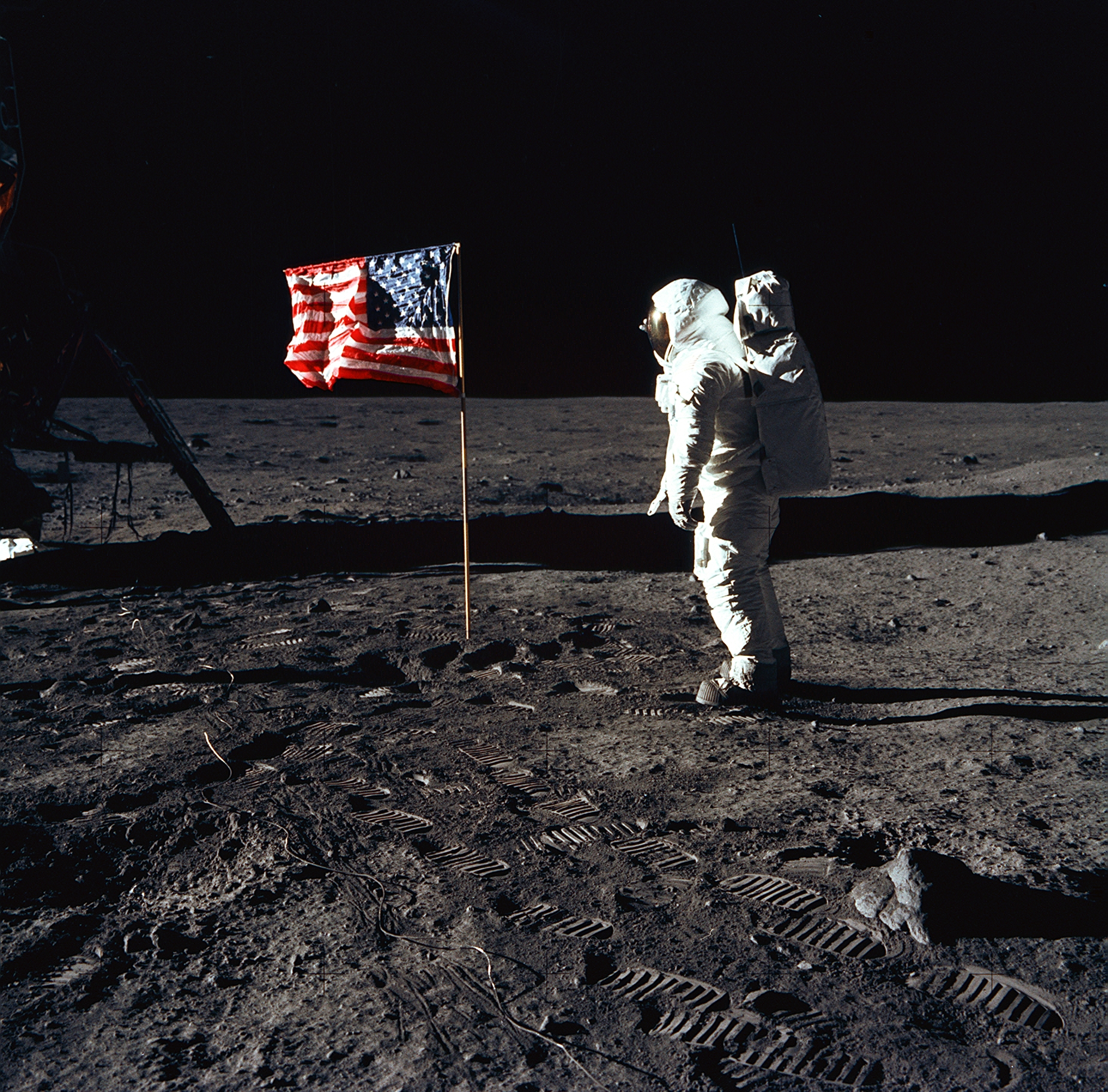