Two views of Z Camelopardalis show an expanding cloud of gas and dust around the star system. The system consists of a dense stellar corpse that steals gas from a "normal" companion star. The gas forms a disk around the dead star. This disk erupts, spewing material into space. There is evidence that it staged a giant eruption at least once within the last thousand years. These views, from the Galex space telescope, show the star and its surroundings at ultraviolet wavelengths. The smaller image has been processed to remove background objects and enhance the view of the cloud around the system. [NASA/JPL-Caltech/M. Seibert (OCIW)/T. Pyle (SSC)/R. Hurt (SSC)] 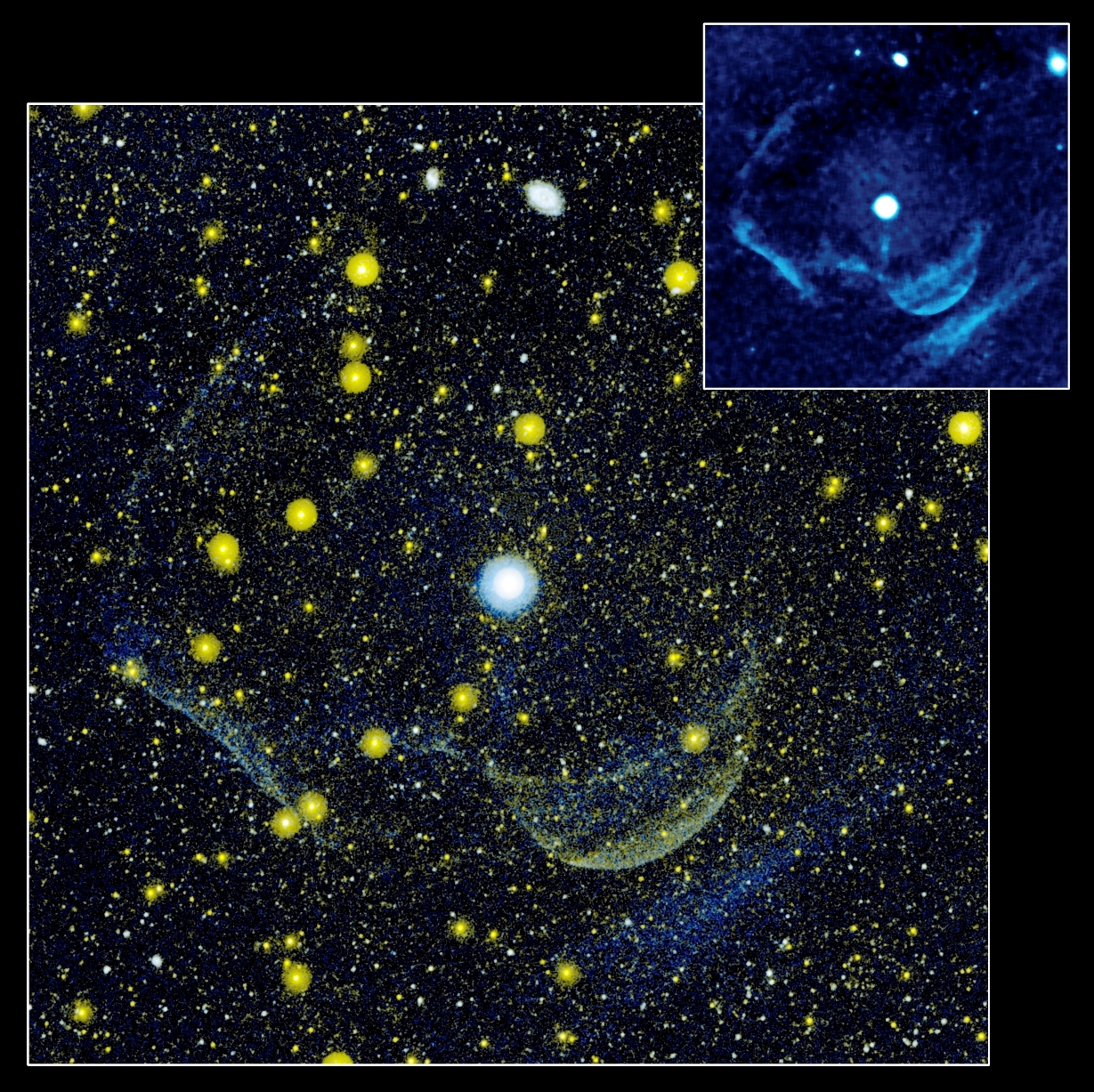