Planets by the Half-Dozen

This artist's concept depicts a family of six planets orbiting K2-138, a cool orange star that's almost as big as the Sun. The sixth planet, which was hinted at by the planet-hunting Kepler space telescope, was recently confirmed with another space telescope. All of the planets are closer to their star than Mercury, the innermost planet in the solar system, is to the Sun. [NASA/JPL/Caltech]

Find out more in our radio program entitled
More Kepler 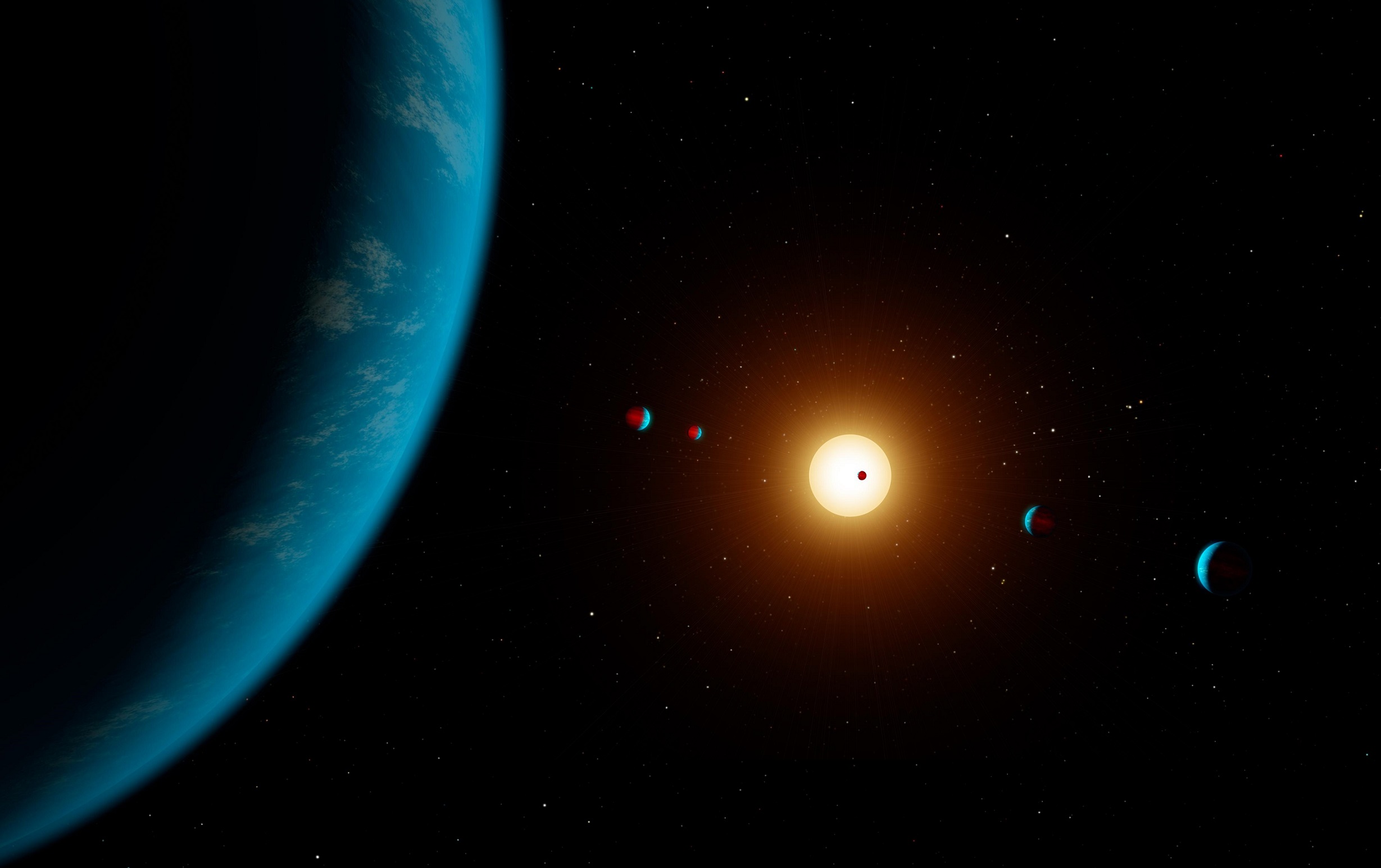