This illustration depicts a proposed planetary defense system that could rip apart asteroids on a collision course with Earth. Known as Pi-Terminal Defense for Humanity, it would dispatch a "kill vehicle" to approach the asteroid. It then would shatter, blasting thousands of bits of shrapnel toward the target. That could rip the asteroid to shreds. The asteroid's fragments then would enter the atmosphere relatively harmlessly, inflicting little or no damage. NASA has funded a study of the concept, which its creators say could intercept dangerous objects with as little as a few weeks, days, or even hours notice, depending on the size of the target. [Philip Lubin]

Find out more in our radio program entitled
Cosmic Interceptors 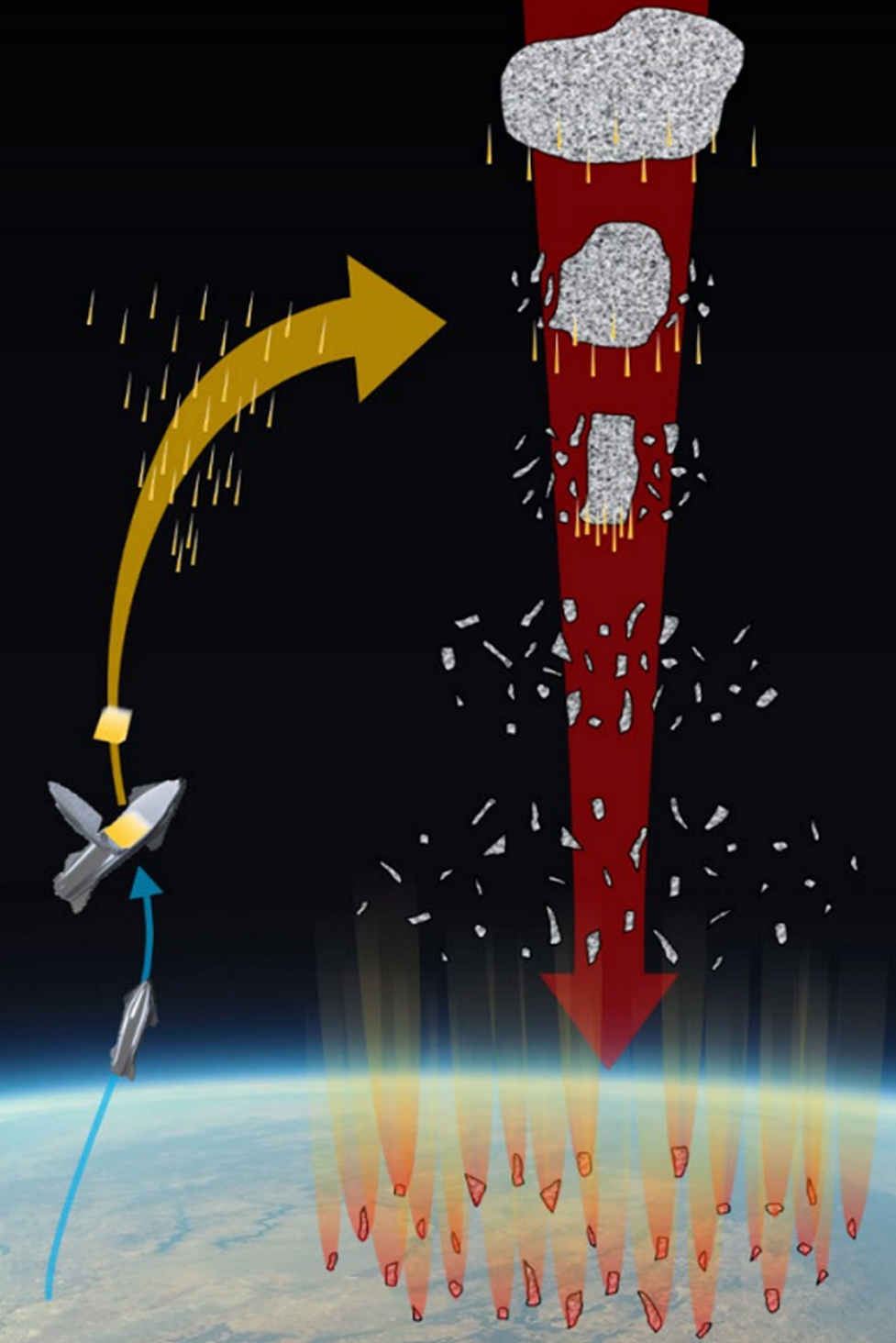