Astronomers have discovered about 4,000 confirmed planets in other star systems, including a few that could be similar to Earth. This artist's concept depicts what other Earth-sized planets might look like, with some of them perhaps covered with oceans and populated by living organisms. [NASA/JPL/R. Hurt (SSC-Caltech)] 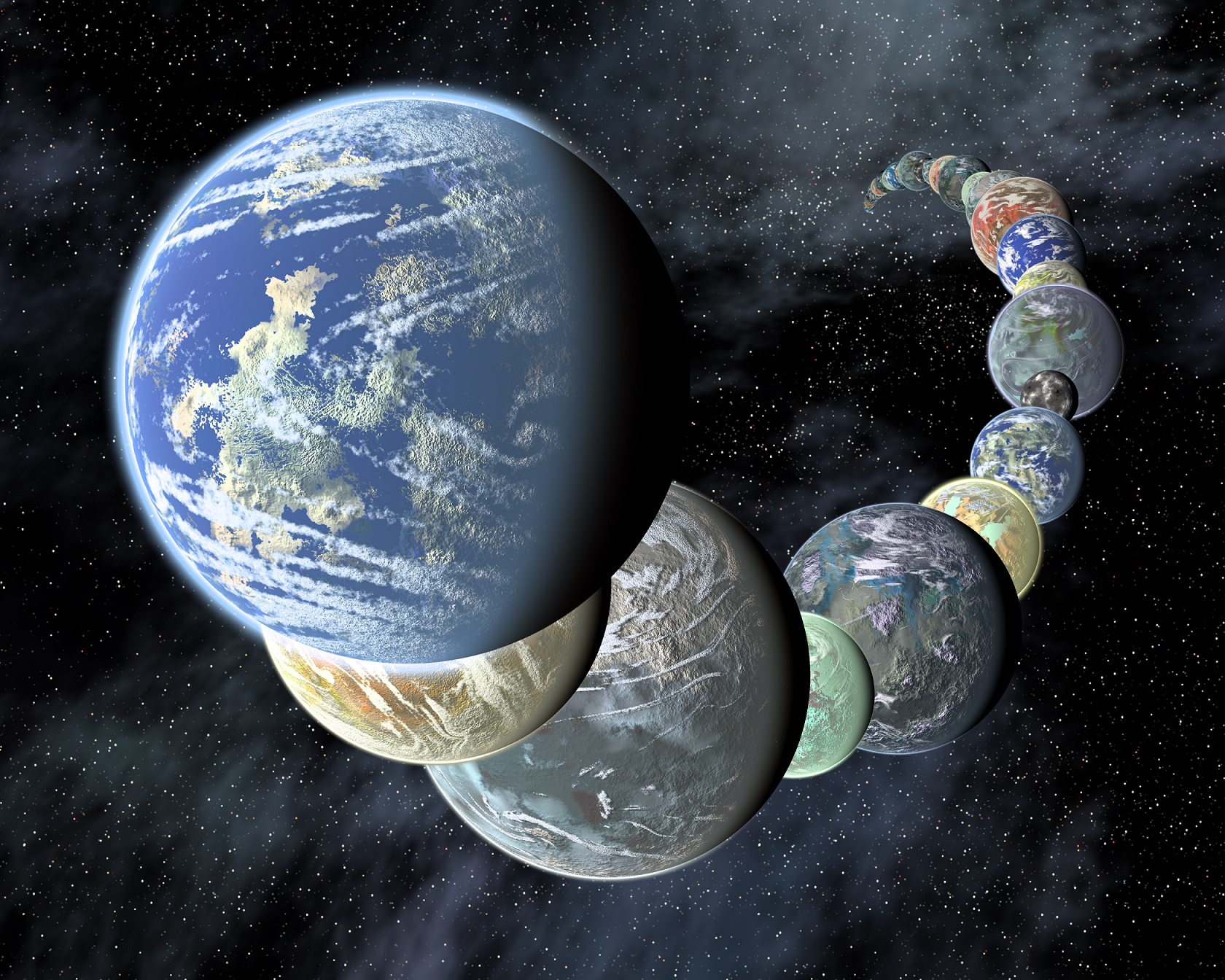