Marjorie Townsend and Bruno Rossi examine the Uhuru satellite (also known as Explorer 42) a few weeks before its launch on December 12, 1970. Townsend was the mission manager -- the first woman to manage any spacecraft project. At right, an artist's concept depicts the craft in orbit. Uhuru was the first X-ray observatory in space. It discovered black holes, neutron stars, the remnants of exploded stars, and other energetic objects. It was named Uhuru (Swahili for "freedom") in honor of Kenya because the craft was launched from a platform off the Kenyan coast (using an American rocket and an Italian launch crew). [NASA (2)]

Find out more in our radio program entitled
Uhuru 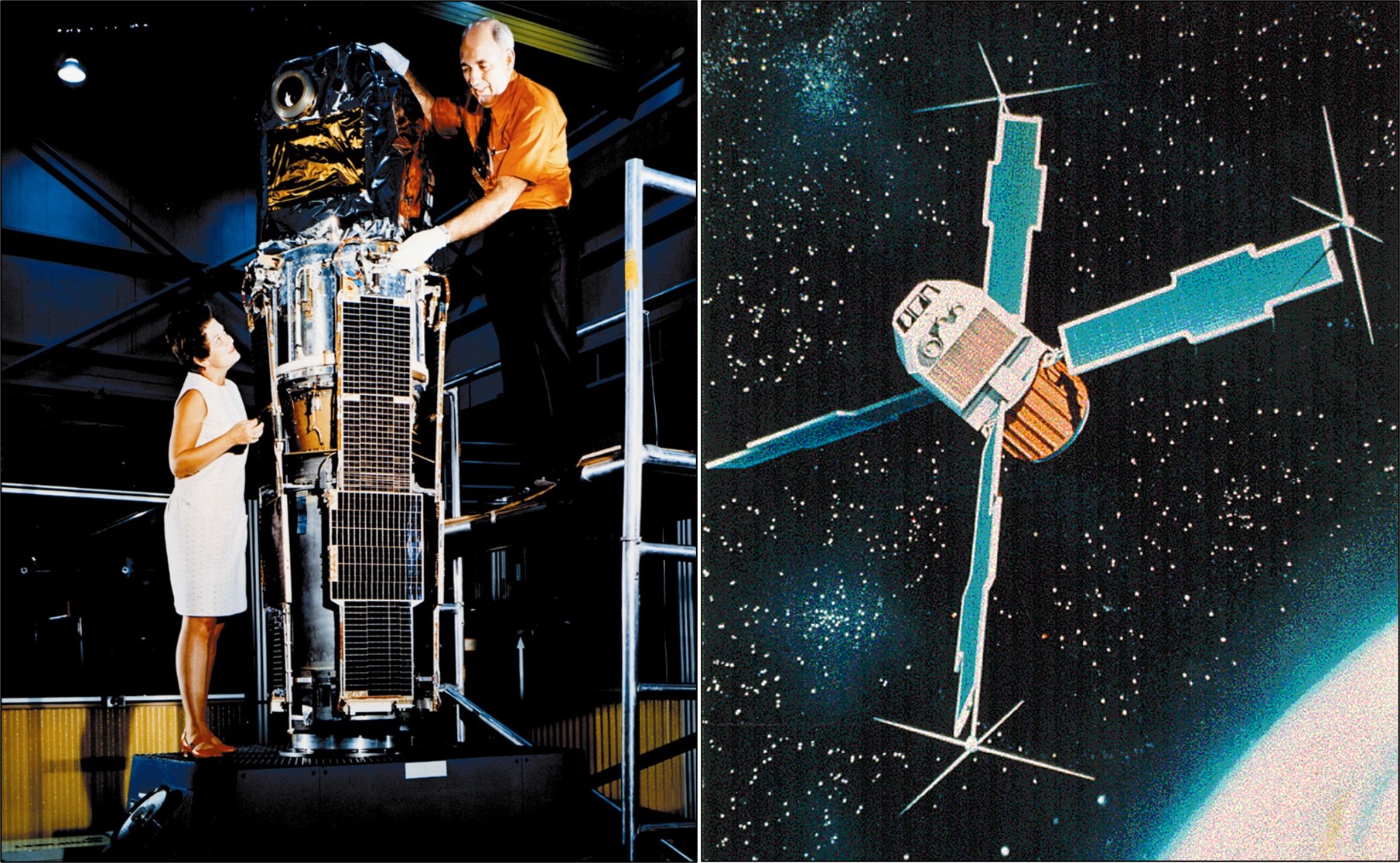 Troubling changes during a space flight