Maria Mitchell, shown in this 1851 portrait by H. Dassell, was the first American woman to become a professional astronomer. August 1 is the 200th anniversary of her birth. She came to fame in 1847, when she discovered a comet. The discovery earned her many accolades, including a gold medal from the king of Denmark. After the Civil War, she was hired as the first faculty member of the new Vassar Women's College, where she established an observatory. 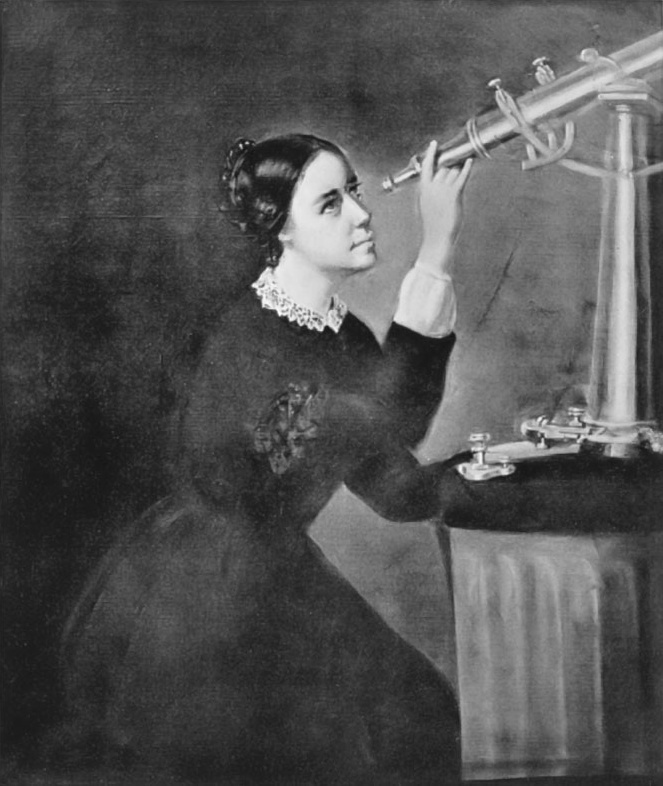