A planetary nebula, the last gasp of a dying star, glows colorfully in this new image from the European Southern Observatory. Known as the Southern Owl Nebula, it is a bubble of gas expelled from the surface of a star that was once like the Sun. As such a star near the end of its life, fusion begins to shut down in its core and the star's outer layers drift out into space. Energized by ultraviolet radiation from the star's hot core, the bubble glows brightly for tens of thousands of years. Eventually, though, it fades away, leaving only the dead core, known as a white dwarf. This nebula spans about four light-years. It is in the constellation Hydra, the water snake. [ESO] 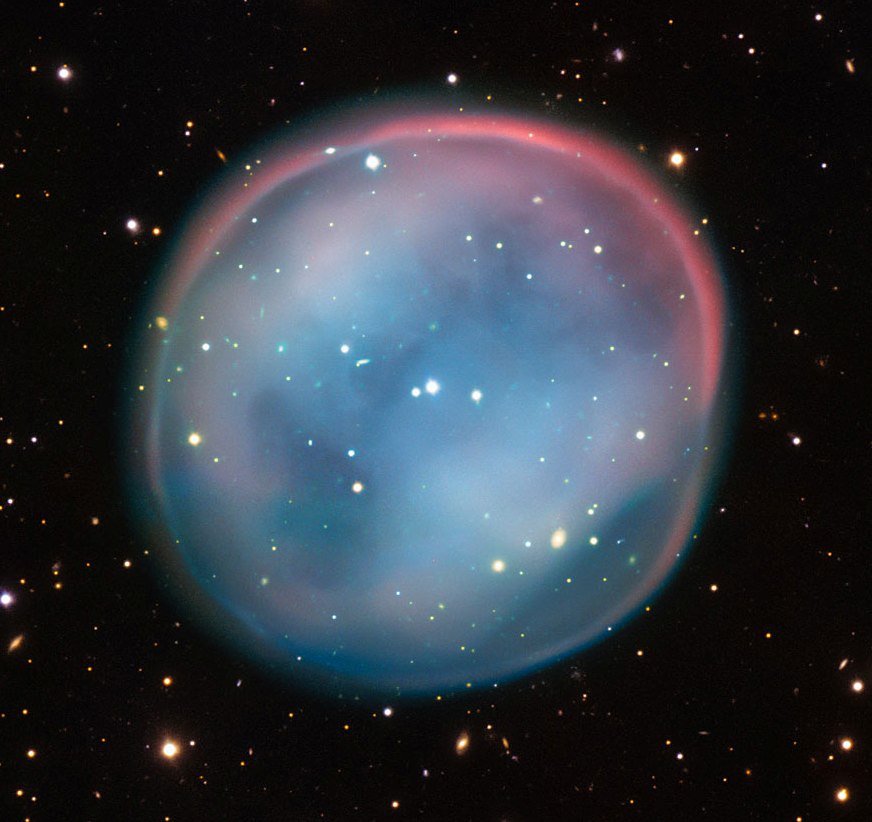