A pair of colliding galaxies known as NGC 7252 resembles a picture of an atom, with electrons orbiting a nucleus. That resemblance earned NGC 7252 the nickname "Atoms for Peace Galaxy," after a speech presented by President Dwight Eisenhower in 1953. The interaction between the two galaxies has pulled out great streamers of stars and stirred up clouds of gas and dust, giving birth to more stars. NGC 7252 is in the constellation Aquarius. [European Southern Observatory]

Find out more in our radio program entitled
Atoms for Peace 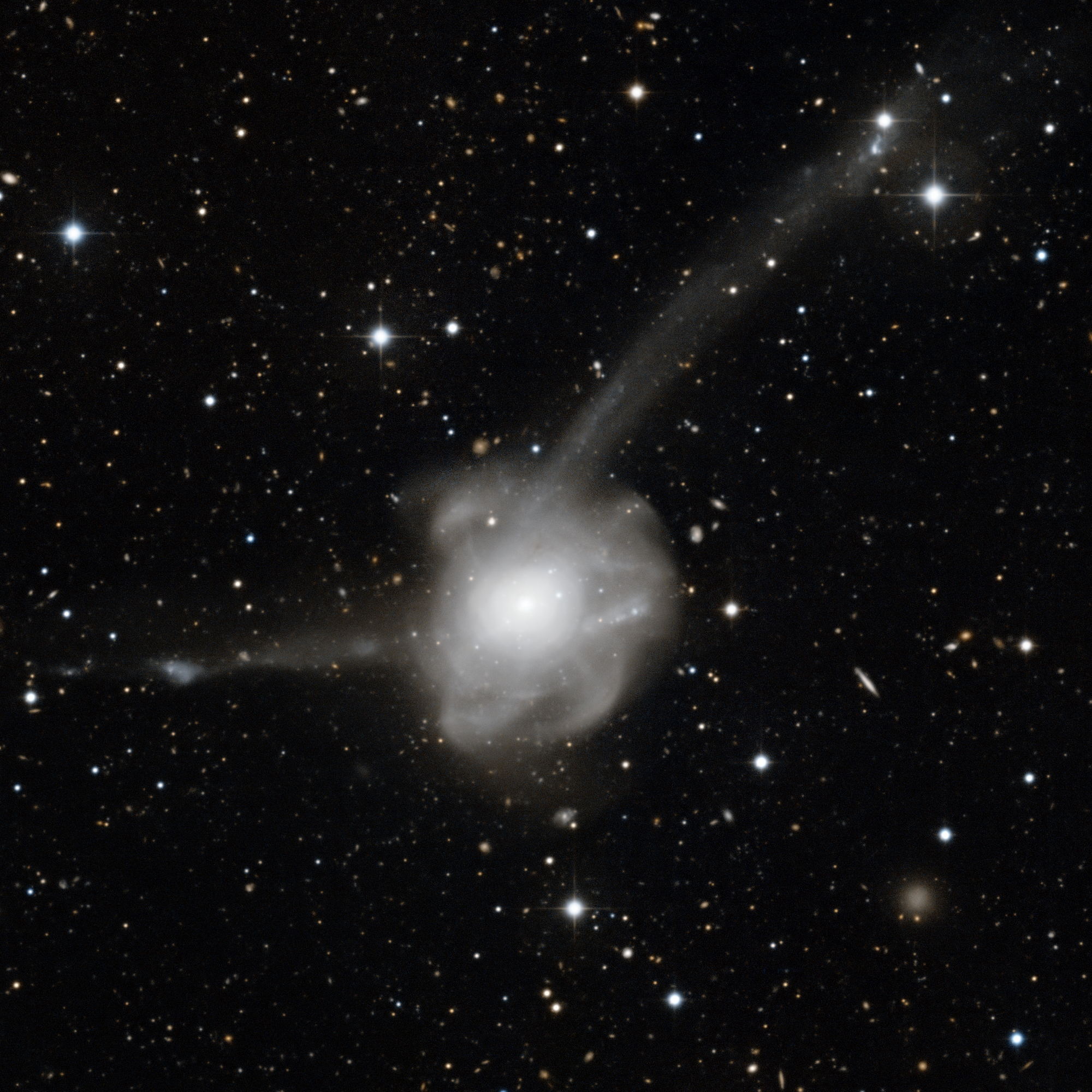