Comet Wirtanen will sweep across the constellation Taurus in December. At its brightest, around mid-month, it could be bright enough to see with the unaided eye, but only from a dark skywatching site. Even then, it is likely to appear as no more than an indistinct smudge of light, so it will be tough to pick out. The comet will pass just 7.1 million miles (11.5 million km) from Earth on December 16, one of the 10 closest comet approaches ever recorded. The comet is spewing a lot of gas and dust into space, increasing its brightness. It is quite small, though, which is why it won't make more of a spectacle of itself. This chart shows Wirtanen's position in the sky, although the symbol for the comet is highly exaggerated in both size and brightness.

Find out more in our radio program entitled
Comet Wirtanen 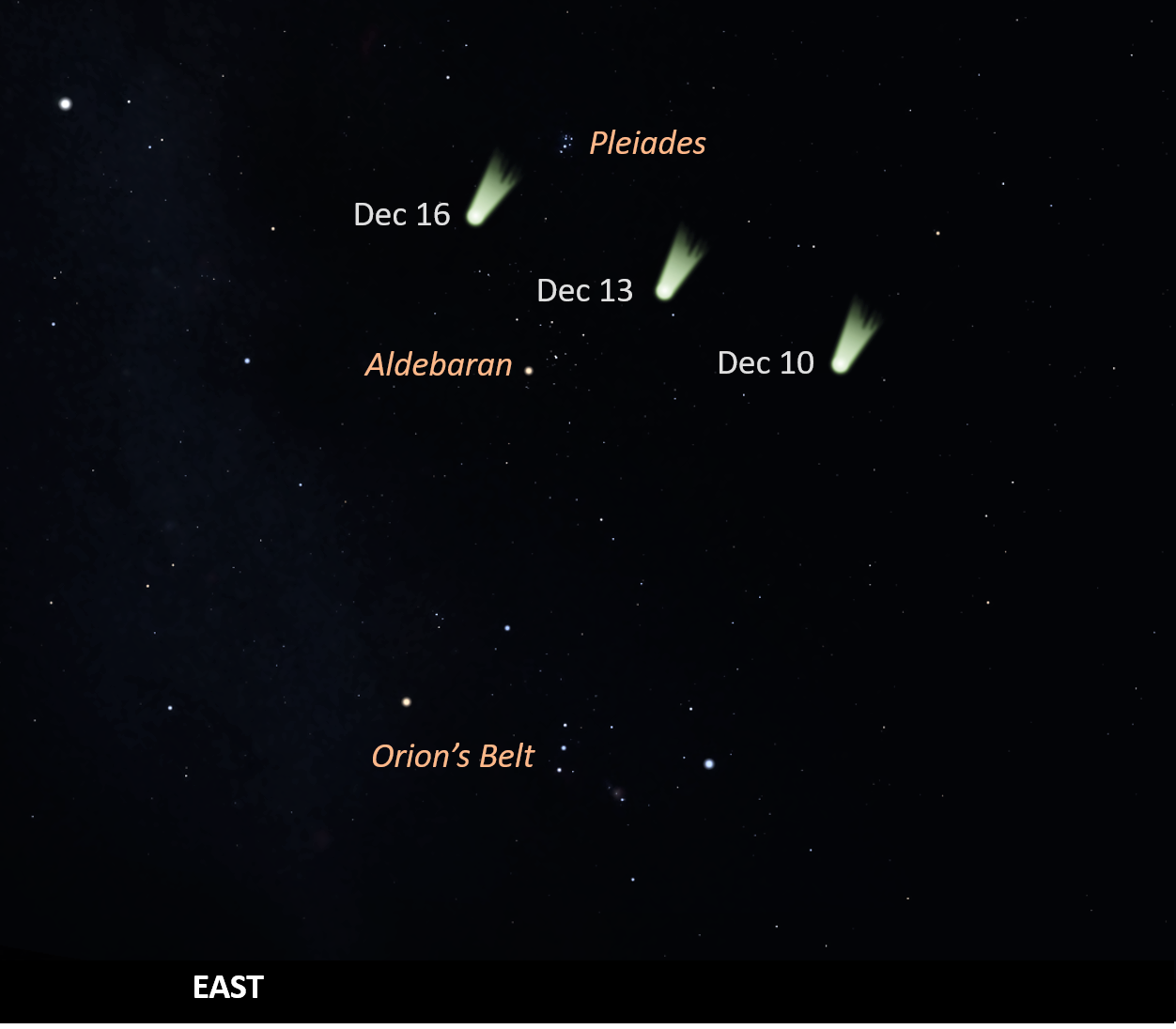