NGC 5907, one of the flattest galaxies known, forms a thin streak across the sky. Unlike most disk galaxies, including the Milky Way, it has no big "bulge" of stars in its middle. Streamers of stars surround the pancake-like galaxy. They may be the remains of one or more smaller galaxies pulled apart by NGC 5907's stronger gravity. The galaxy is in Draco, and is about 55 million light-years from Earth. [Wikimedia/Jschulman555]

Find out more in our radio program entitled
NGC 5907 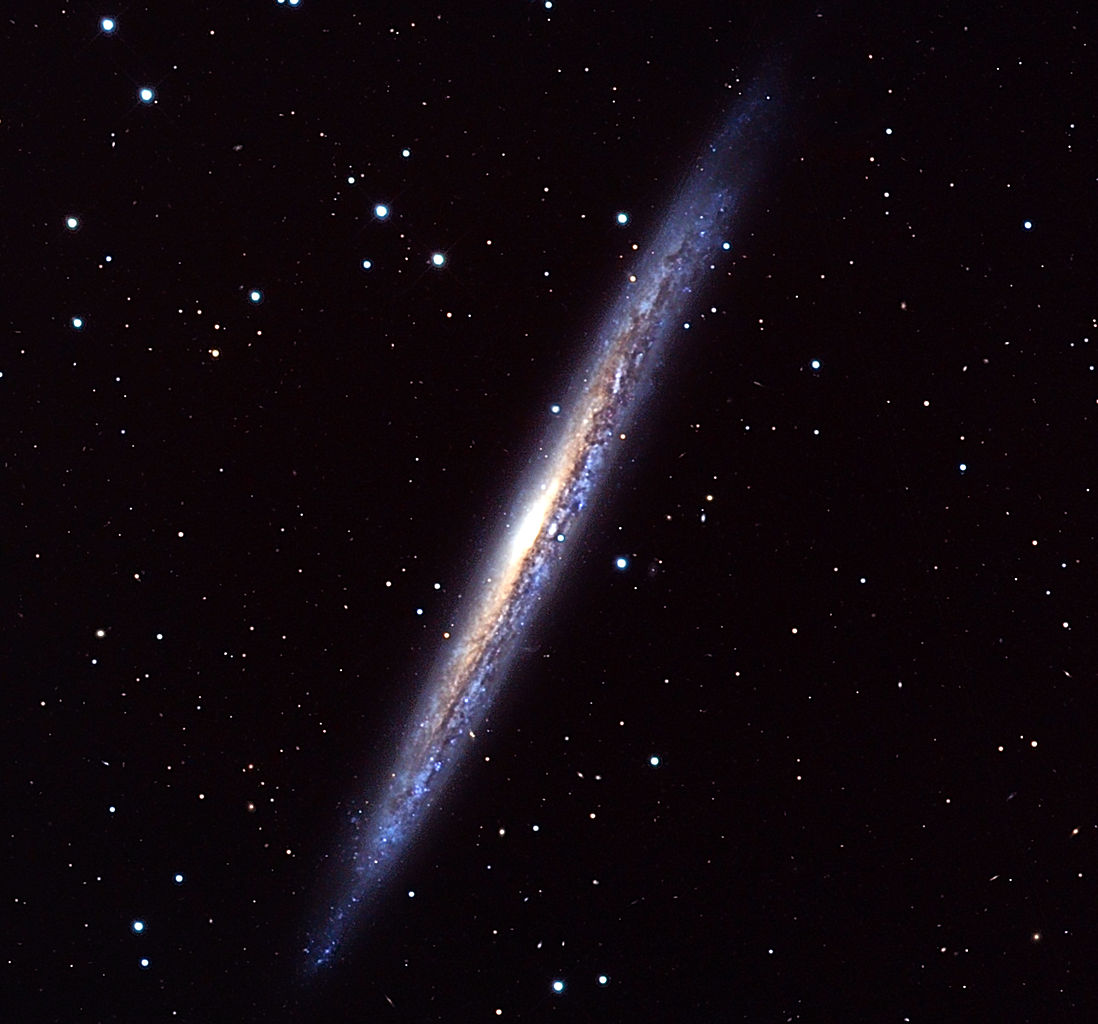