Two giant planets, indicated by the arrows, are visible in this view of TYC 8998-1, a Sun-like star about 300 light-years away. Captured by the Very Large Telescope at the European Southern Observatory in Chile, and released on July 22, it is the first image to show more than one planet in a single star system. To obtain the picture, astronomers blocked most of the light from the star, eliminating its glare. Both planets are gas giants, which are much larger than Earth. One is about 160 times farther from its star than Earth is from the Sun, while the other is about 320 times the Earth-Sun distance; the great distance helped astronomers capture the image of the planets. The star system is an estimated 17 million years old. It is in the far-southern constellation Musca, so it's not visible from most of the United States. [ESO/Bohn et al.] 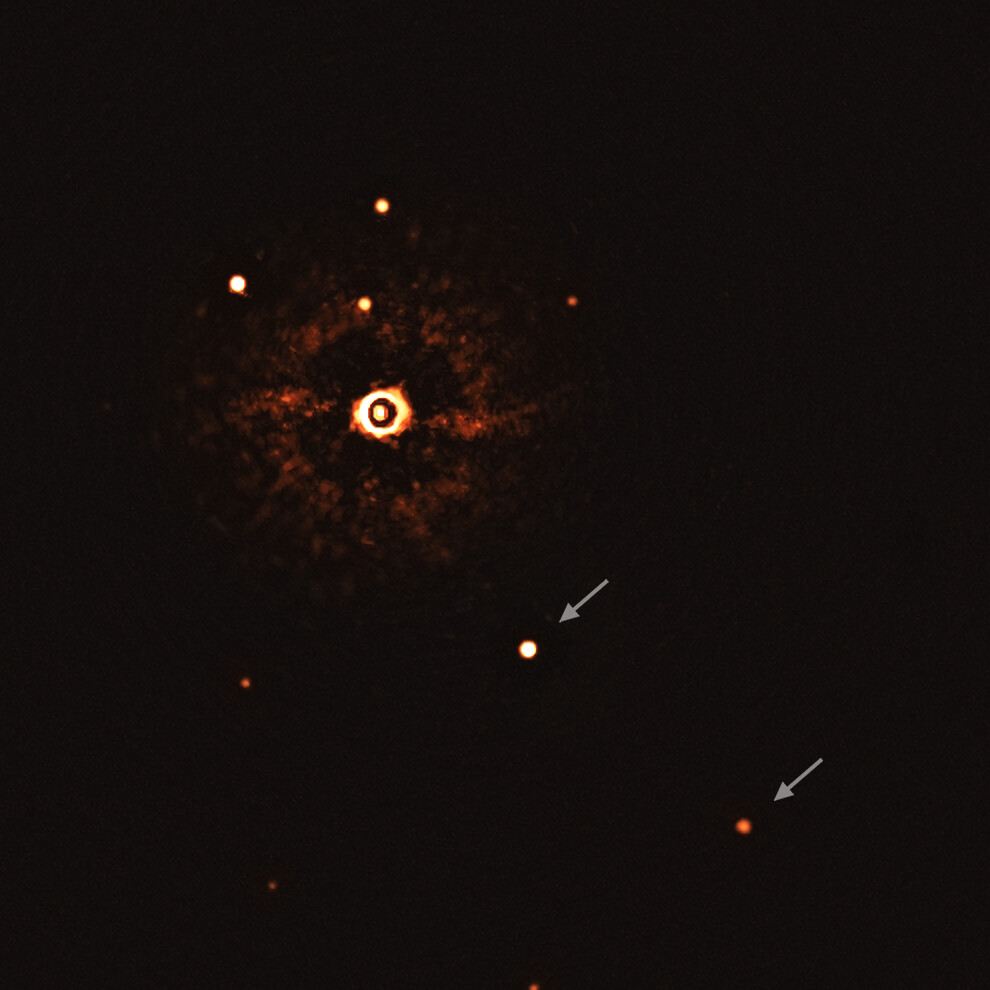