An artist's concept shows 1I/'Oumuamua, the first confirmed interstellar asteroid, which is about 10 times longer than it is wide. The asteroid was discovered in 2017, and it passed closest to Sun and Earth late in the year. Today it is returning to interstellar space on a high-speed trajectory. [European Southern Observatory/M. Kornmesser] 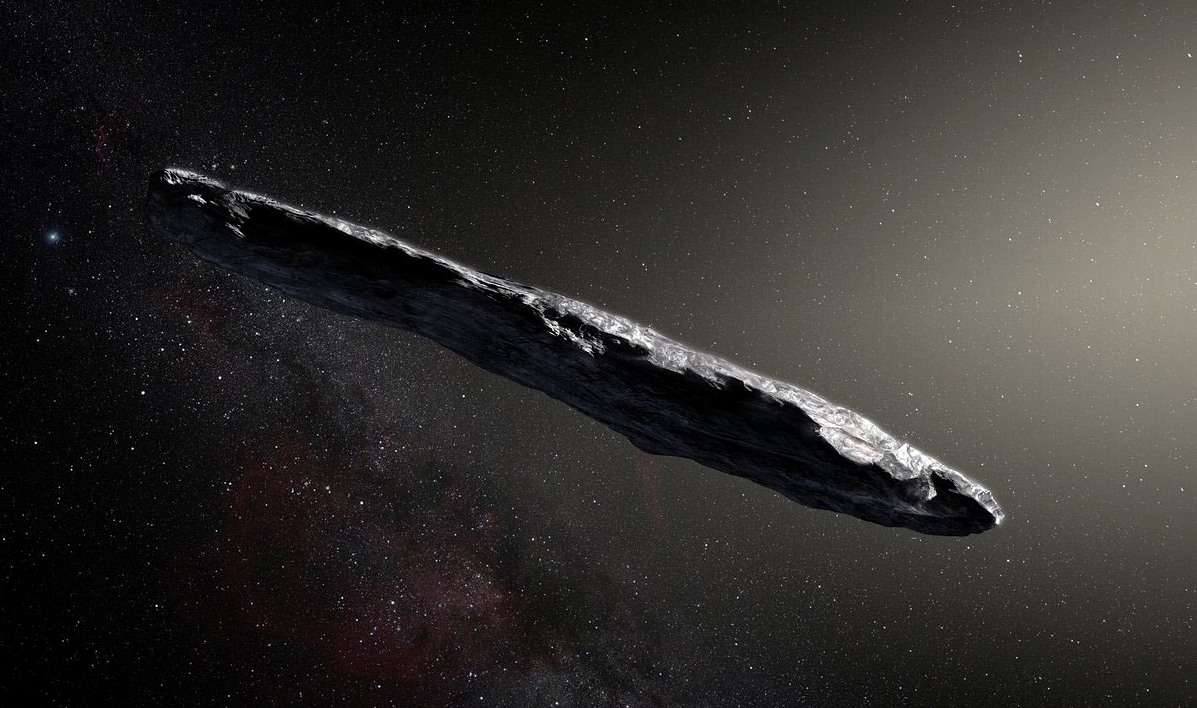