An artist's concept depicts one possible configuration for 2014 MU69, the next target for the New Horizons spacecraft. The craft, which staged a successful encounter with Pluto in 2015, will fly within a couple of thousand miles of the object on New Year's Eve night. MU69 is a chunk of ice and rock in the Kuiper Belt, a billion miles beyond Pluto. It should be relatively unchanged since its formation, so it should reveal new insights into the birth of the solar system. The object could consist of two lobes, as depicted here, or it could be two separate objects traveling through space together. [NASA/JHUAPL/Alan Parker]

Find out more in our radio program entitled
New Horizons 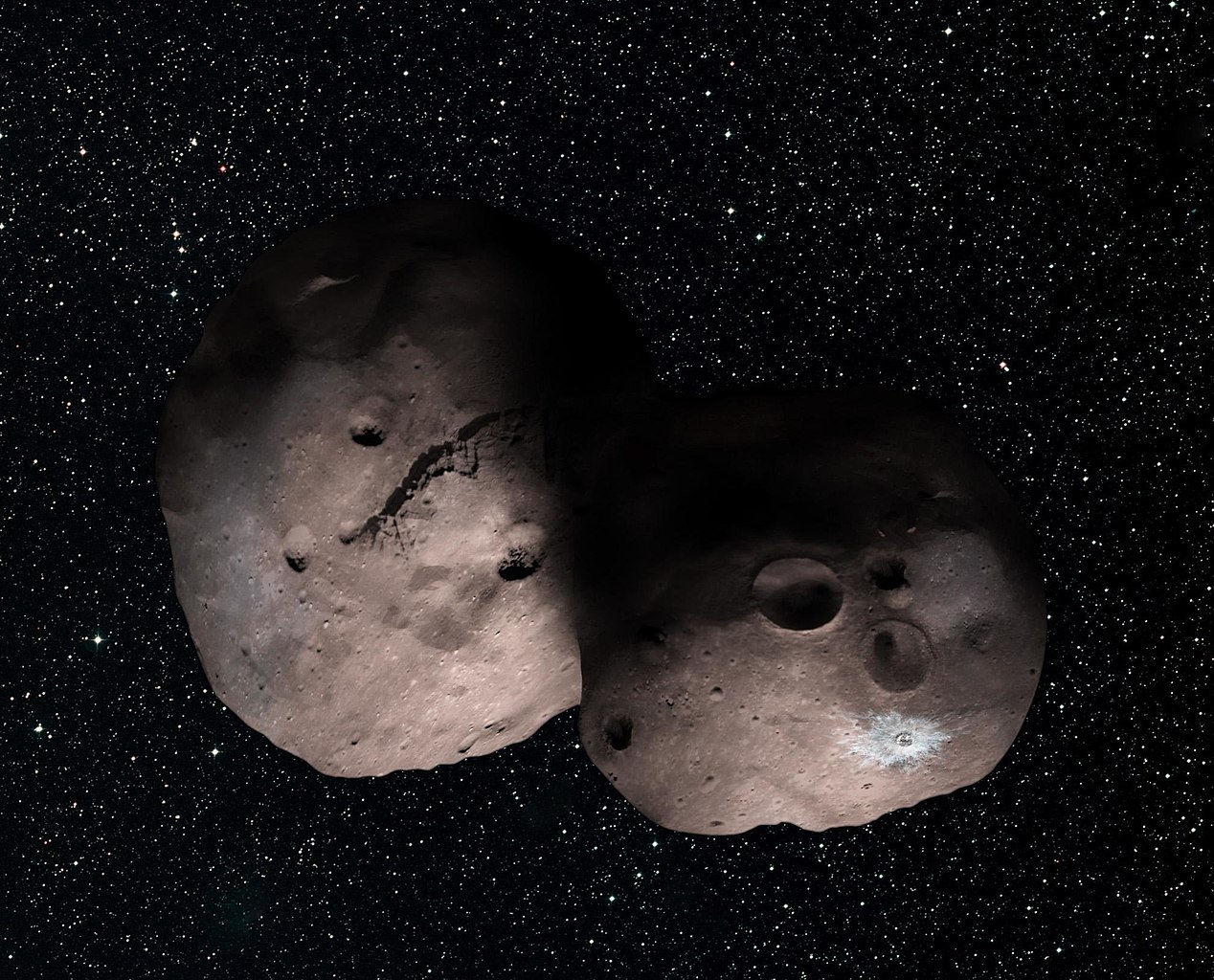