The Cassini spacecraft snapped this view of Saturn and its magnificent rings shortly before the start of summer in the planet's northern hemisphere. The north pole is at top, surrounded by a hexagon of clouds. Because Saturn is so far from the Sun, each season lasts more than seven years, so even though this image was snapped several years ago, it's still summer in the north. Scientists have detected wind shifts and other atmospheric changes associated with the changing seasons. [NASA/JPL/SSI]

Find out more in our radio program entitled
Moon and Saturn 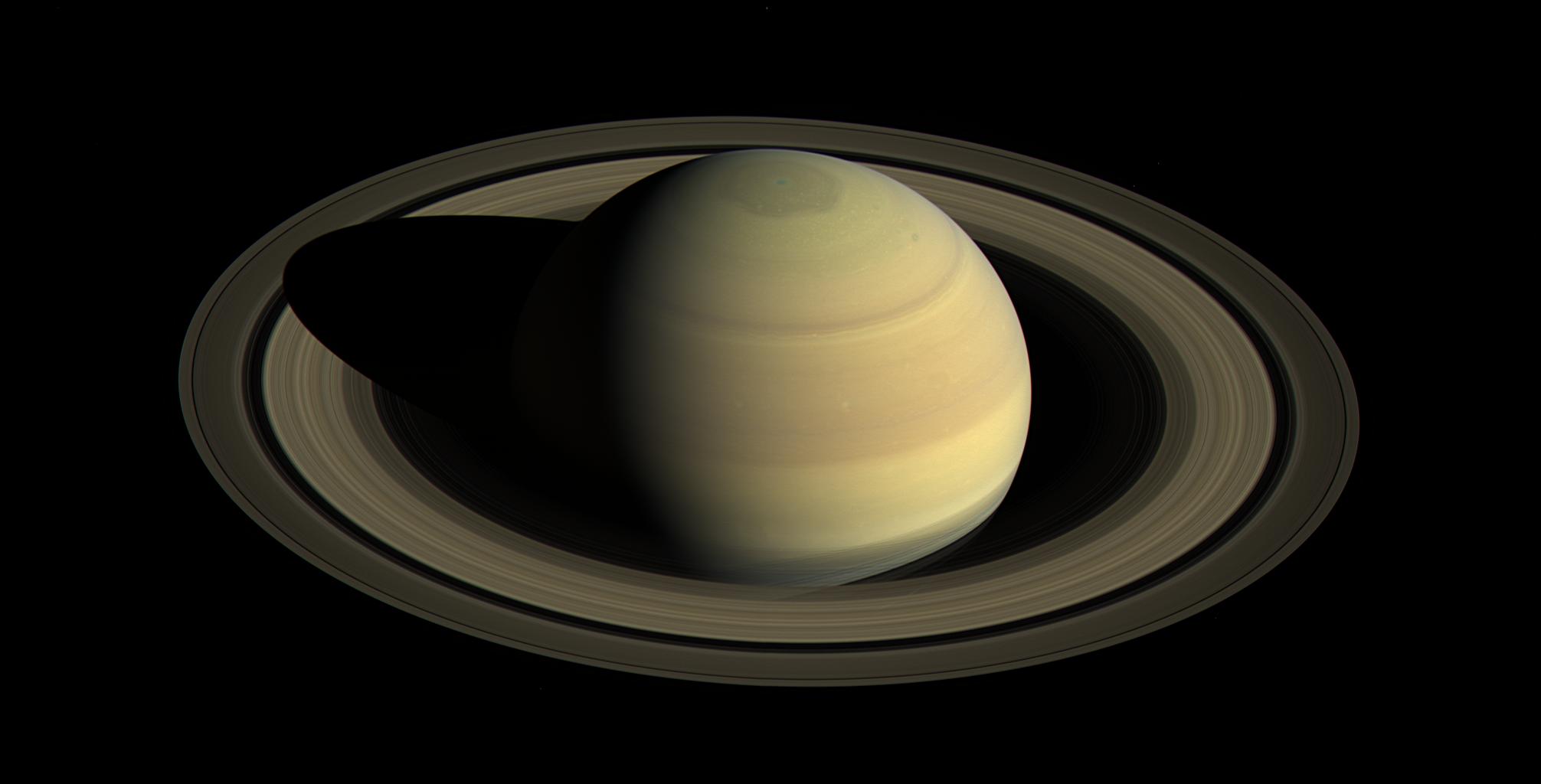