This 2003 Hubble Space Telescope image shows the giant planet Uranus (in near-true color) along with several of its moons and rings. A recent analysis of old observations by the Voyager 2 spacecraft, which flew past Uranus in 1986, has revealed two more possible moons. Hubble will take a look at the planet to try to confirm the discovery. [NASA/M. Showalter (Stanford University/ARC)] 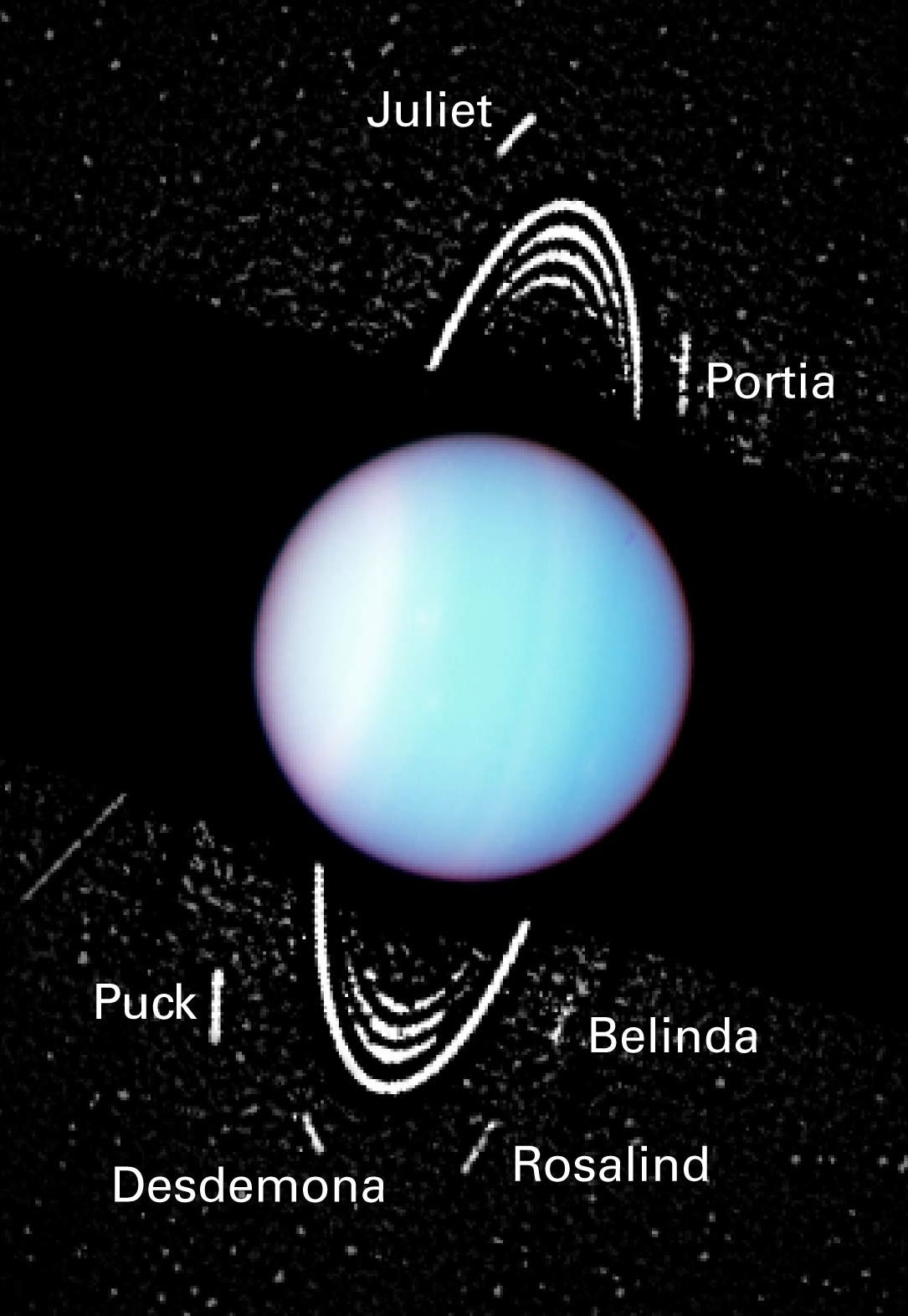