A possible newly forming star lights up a surrounding cloud of gas and dust in this recent image from the Gemini South telescope. The object is near the center of the Chamaeleon I dark cloud, which is one of the closest stellar nurseries to Earth. The young object, known as a protostar, is encircled by a disk of light-absorbing dust, which could be giving birth to new planets. The disk blocks the protostar itself from view. But high-speed streams of gas flow out from its poles, producing the bright cones of light. The bright red patch to the lower right of the protostar is a blob of gas that's illuminated by the protostar. The bright star at top right is a foreground object. [International Gemini Observatory/NOIRLab/NSF/AURA] 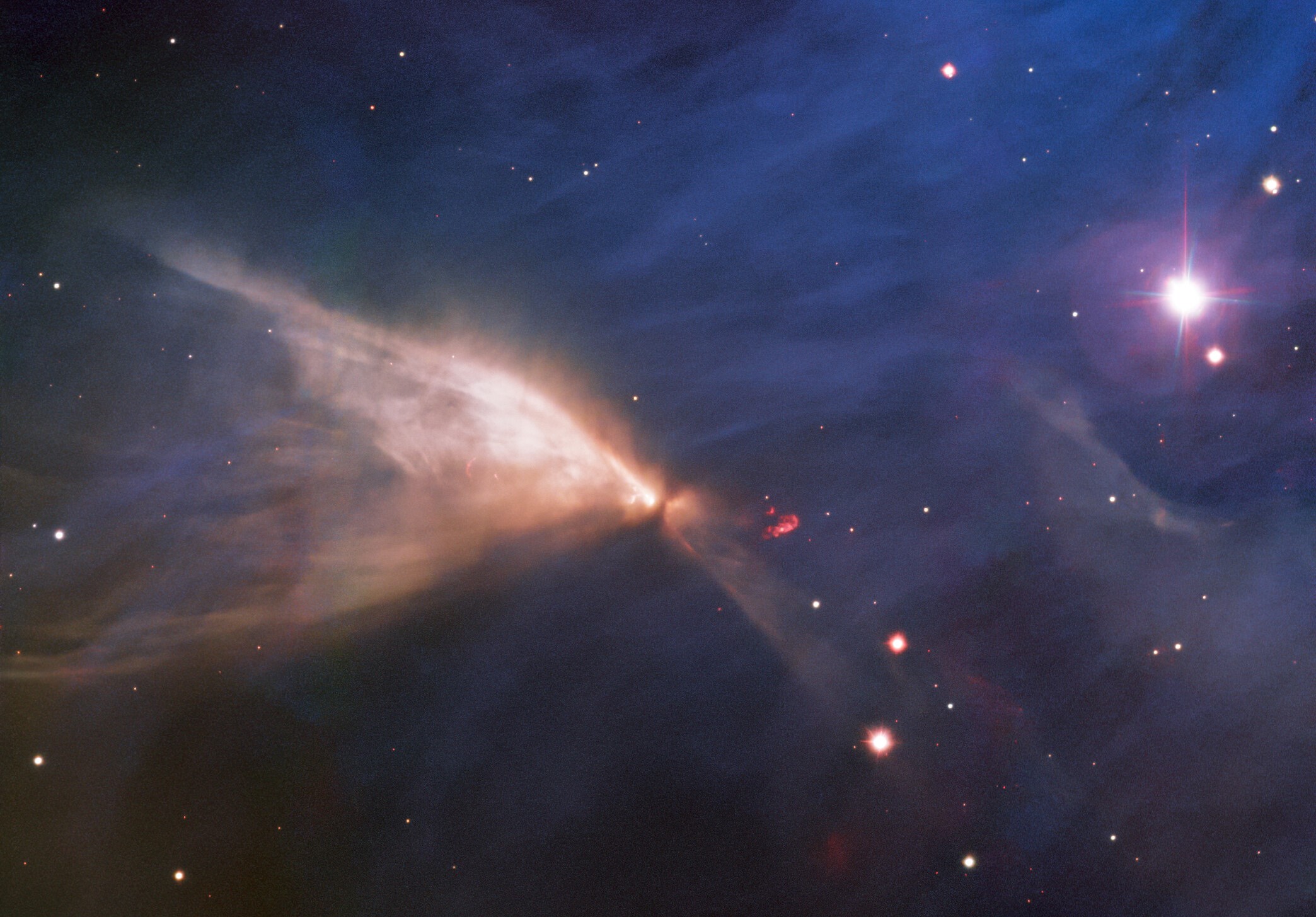