NASA's next planet-hunting spacecraft is being prepared for launch in the next few weeks. TESS (Transiting Exoplanet Survey Satellite) will look for planets to cross in front of their stars, causing a small, brief dip in the star's light. It is the same technique used by the highly successful Kepler space telescope, which has discovered thousands of confirmed or likely planets. TESS will monitor the light from several hundred thousand bright, nearby stars. That will make it easier for astronomers to follow up on any discoveries with detailed observations by ground-based telescopes. [NASA/GSFC] 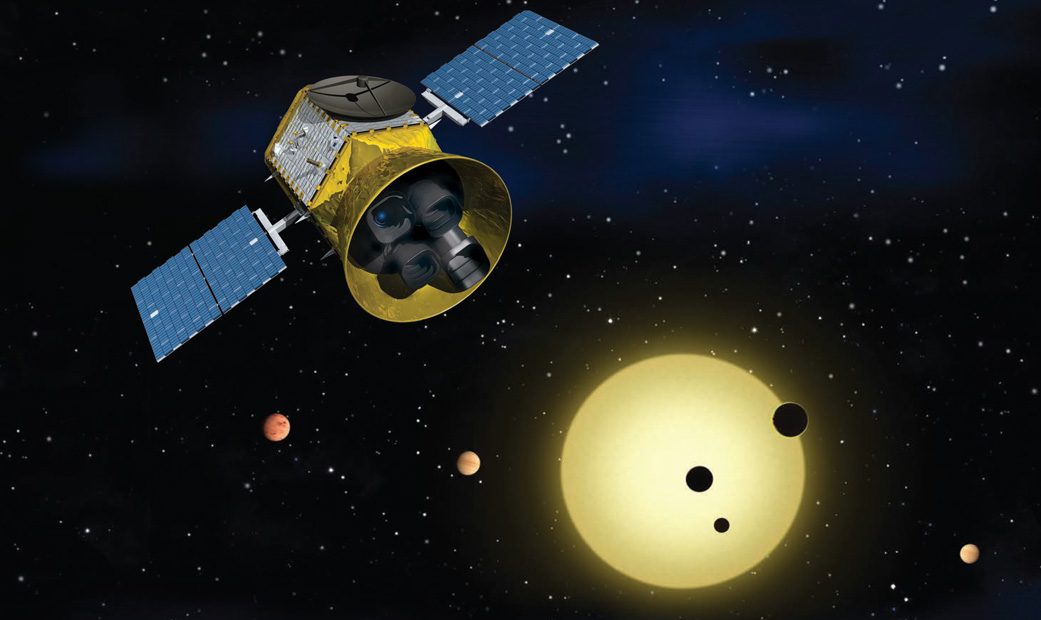