A model of a new Moon lander, Peregrine, is shown on a simulated lunar surface. It is one of two commercial landers NASA has selected to carry scientific instruments to the Moon in the next year or two. (A third company dropped out just two months after also being selected.) It is part of the agency's efforts to return astronauts to the Moon by 2024. NASA and European space agencies have recently announced several other new missions to explore the solar system, including two to the Sun, one to Mars, and one to a comet. [Astrobiotic]

Find out more in our radio program entitled
New Explorers 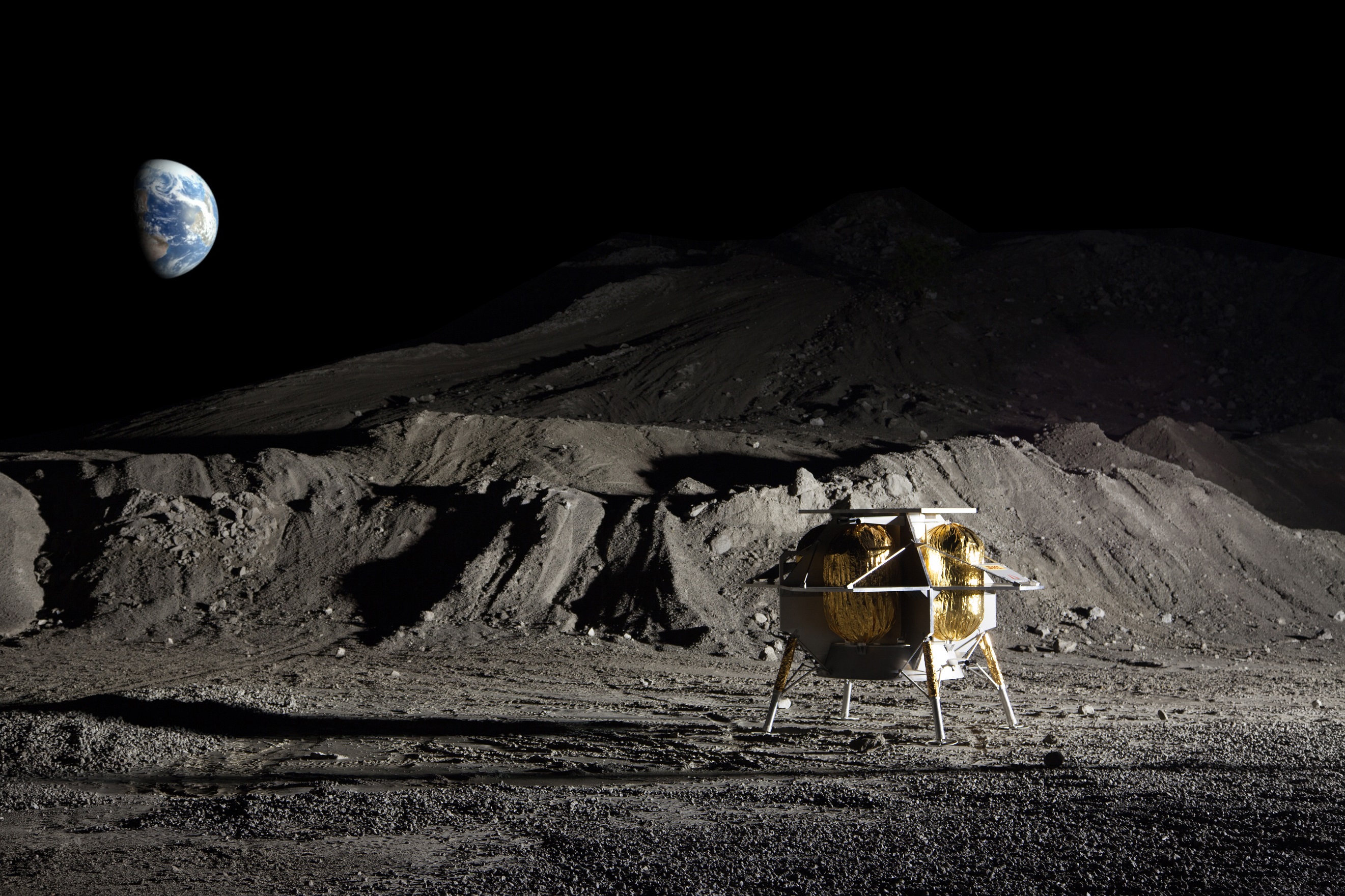