The Cassini spacecraft made its penultimate close approach to Saturn's moon Dione on July 16. The wide-angle view at left shows the entire moon against Saturn and its rings, while the view at right is a close-up, with a sliver of the rings visible at lower left. The closer view shows impact craters and networks of cracks in Dione's icy crust. Cassini is scheduled to make just one close pass by Dione, in August, before its mission ends in 2017. [NASA/JPL/SSI] 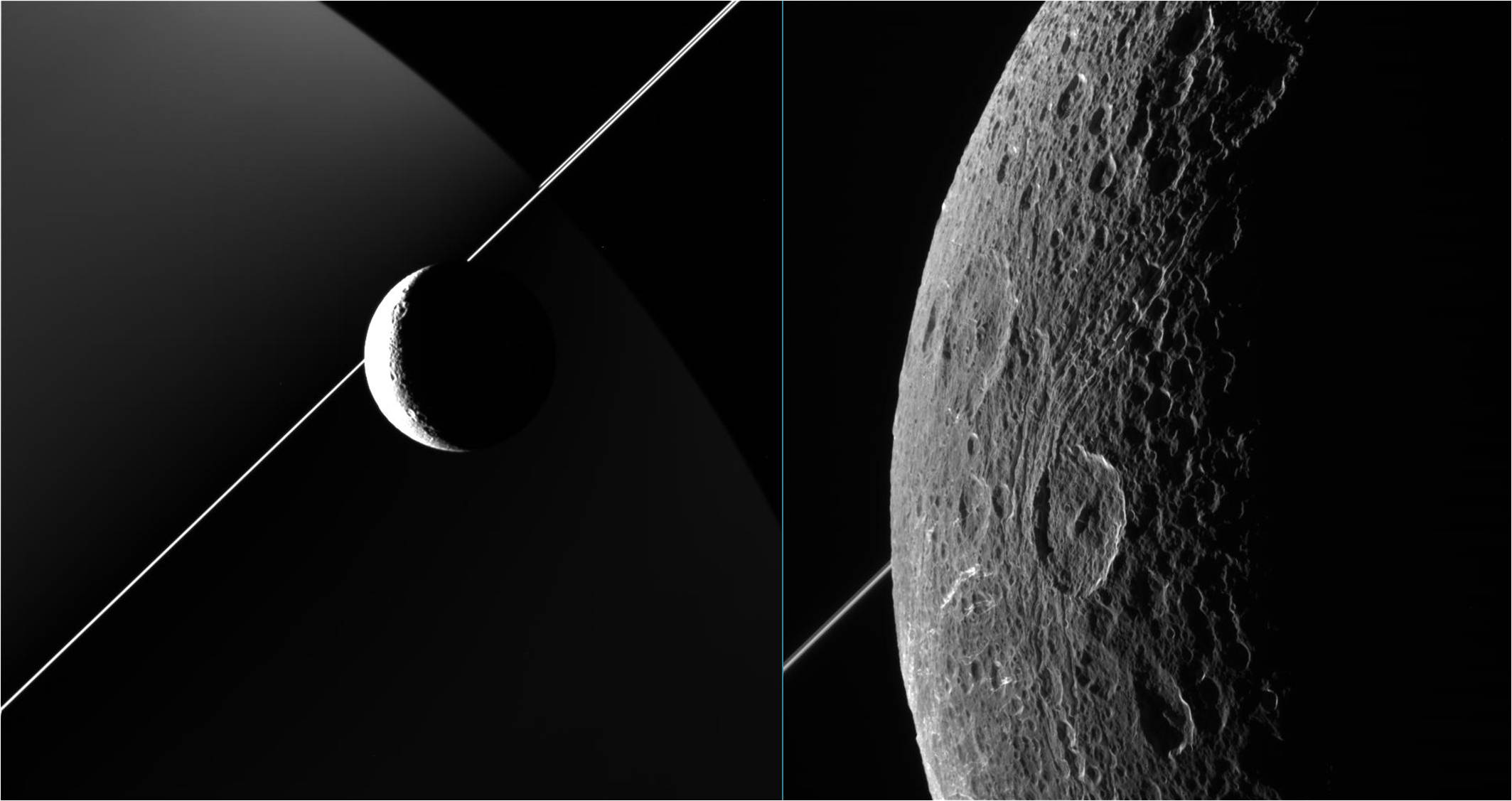