A powerful storm on the Sun in May 1921 created powerful problems for people on Earth. It started fires at telegraph stations and railroad facilities, knocked out telegraph lines across the United States and Europe, and disrupted some telephone lines and radio broadcasts. Because several of the problems were near New York's Grand Central Terminal, the storm is sometimes known as the New York Railroad Storm. The storm began with a coronal mass ejection--an eruption of billions of tons of charged particles from the Sun like the one at the right edge of this 2011 image. Earth's magnetic field directed some of that material toward the surface, where it triggered brilliant displays of the northern and southern lights but caused lots of mischief. Other storms have caused problems since then, and scientists suggest that a powerful one, such as the one from 1921, could cause major problems for current technology. [Background image: NASA/SDO] 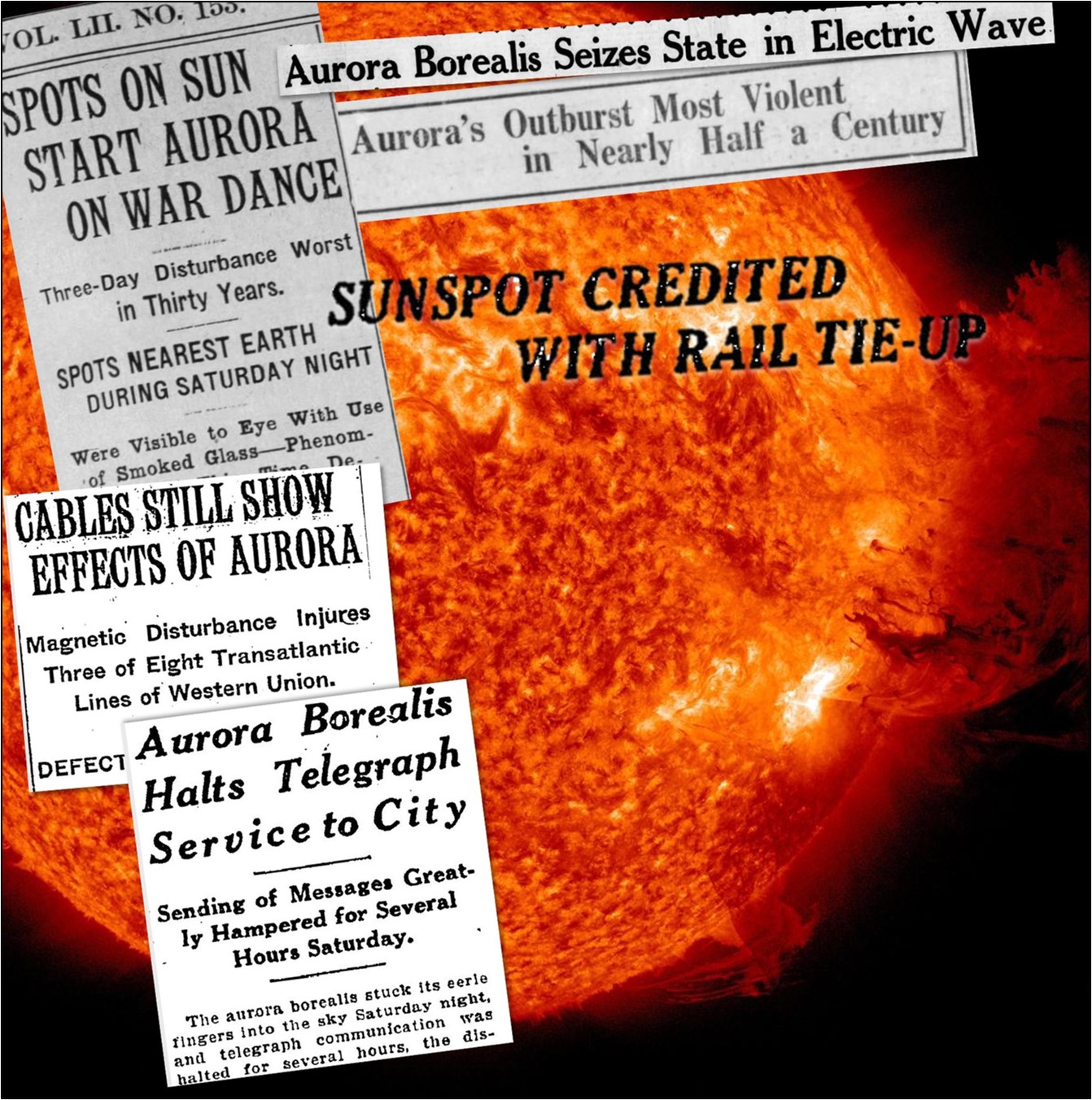