This 1959 artist's concept shows a nuclear-powered spacecraft flying past the Moon. NASA and other agencies worked on nuclear rockets for decades. The space agency even operated its own nuclear reactor, in Ohio, as part of its test program. Budget cuts in the early 1970s doomed both the reactor and nuclear rockets. NASA has been conducted new research on nuclear rockets in recent years, though. [NASA]

Find out more in our radio program entitled
Plum Brook 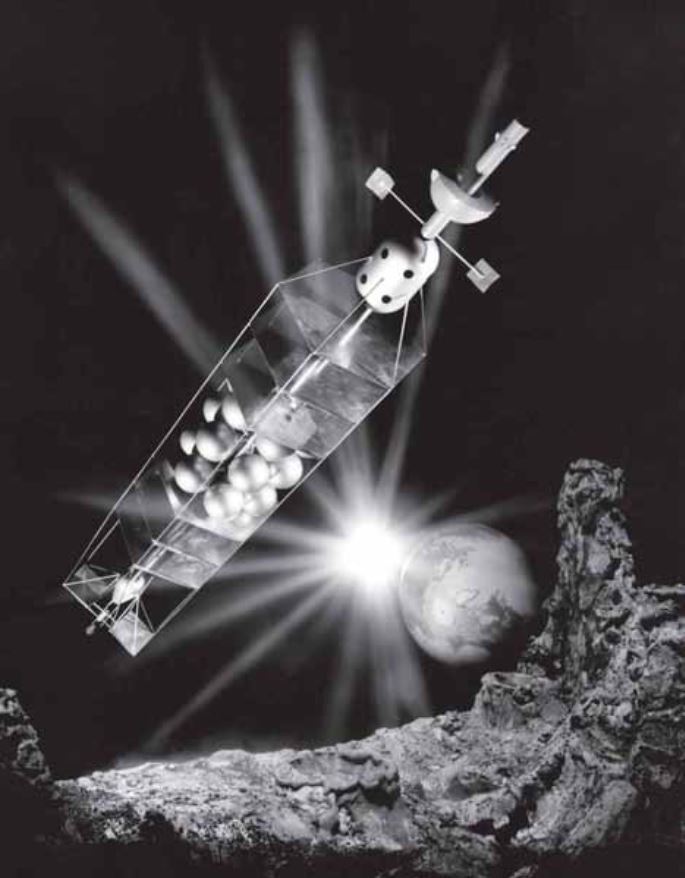