An object known as G2 whips around the supermassive black hole at the center of the Milky Way galaxy in this series of images from the European Southern Observatory's Very Large Telescope. Astronomers originally predicted that the black hole would flare brightly as it ingested material from G2, which was identified as a large gas cloud. No such fireworks materialized, however, suggesting that G2 is a compact cloud of gas and dust surrounding a dense object in its core. These infrared images, which are color coded to show G2's location at different times, demonstrate that G2 was not significantly distorted by its closest approach to the black hole in May 2014, and that it survived the passage around the black hole unharmed. [ESO/A. Eckart] 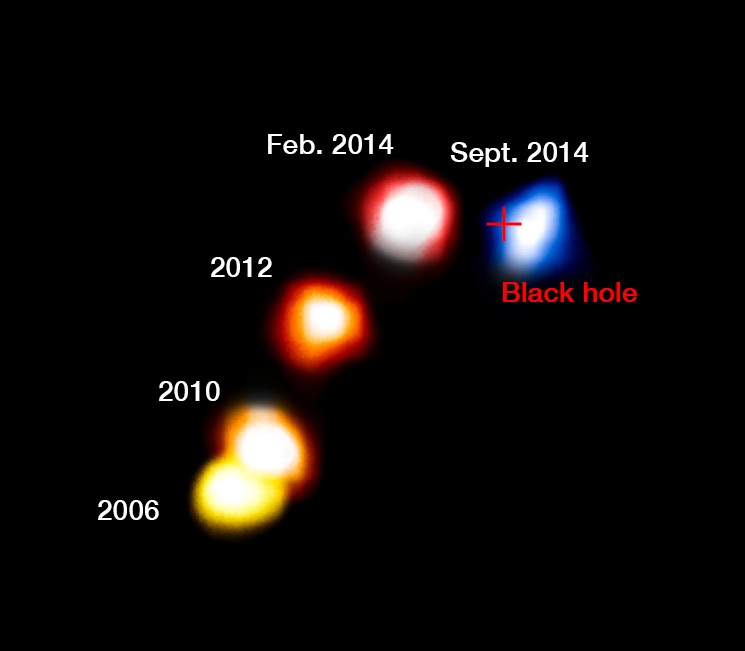