The Mars Curiosity rover snapped this picture on Februay 10 as it continued its ascent of the flanks of Mount Sharp, the central peak of Gusev Crater. It is looking downslope, toward the crater's floor. The rover's observations have shown that this region of Mars was much warmer and wetter in the distant past. [NASA/JPL/MSSS] 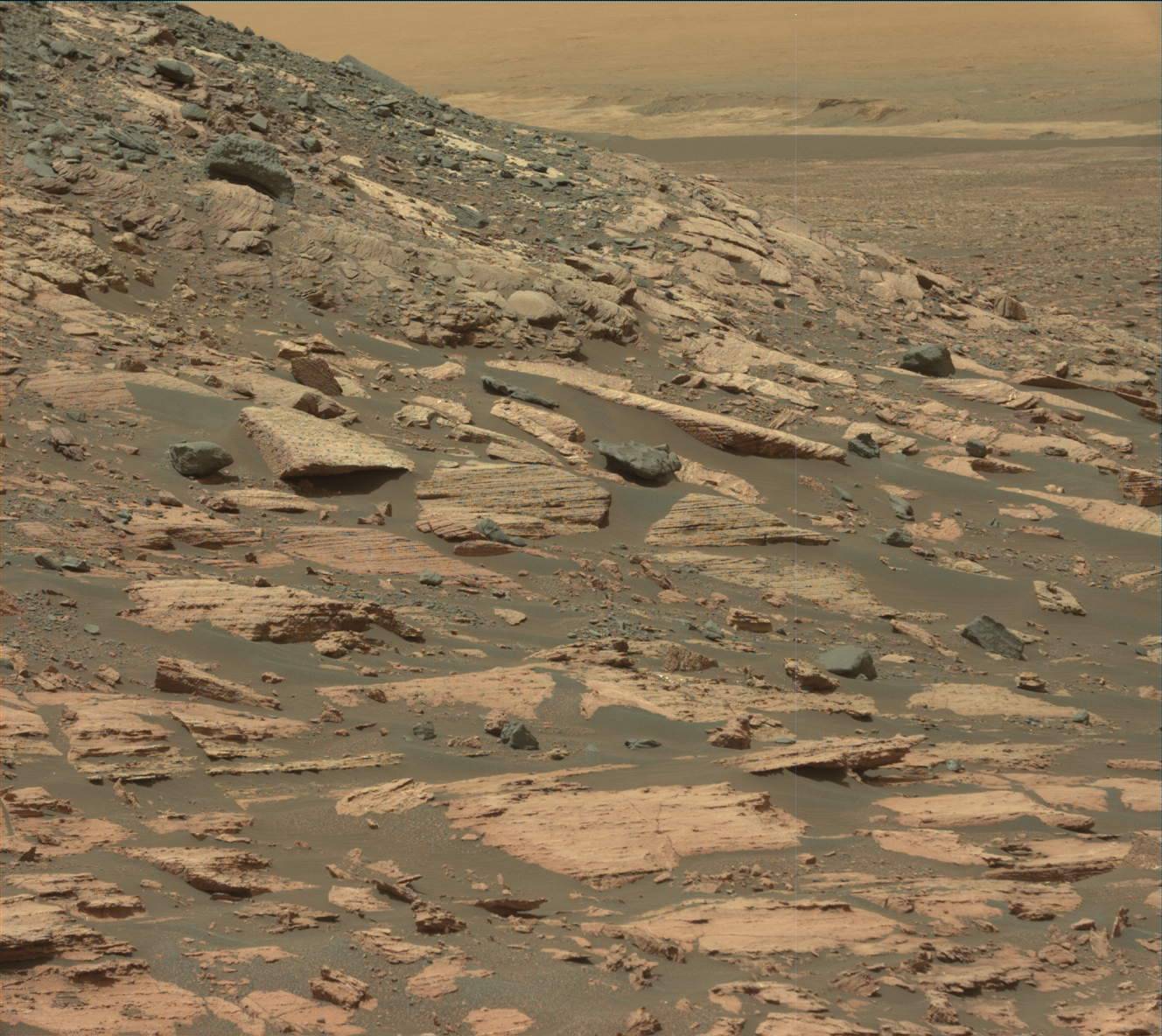 Marking the start of a season