Sunlight creates a dramatic reflection off Antares, the Apollo 14 lunar module, which touched down on the Moon 50 years ago. Astronauts Alan Shepard, the first American in space, and Edgar Mitchell conducted two moonwalks and gathered almost 100 pounds of rocks and dirt. They also deployed a set of instruments that continued to operate for several years, including one, a laser reflector, that scientists still use today. [NASA]

Find out more in our radio program entitled
Apollo 14 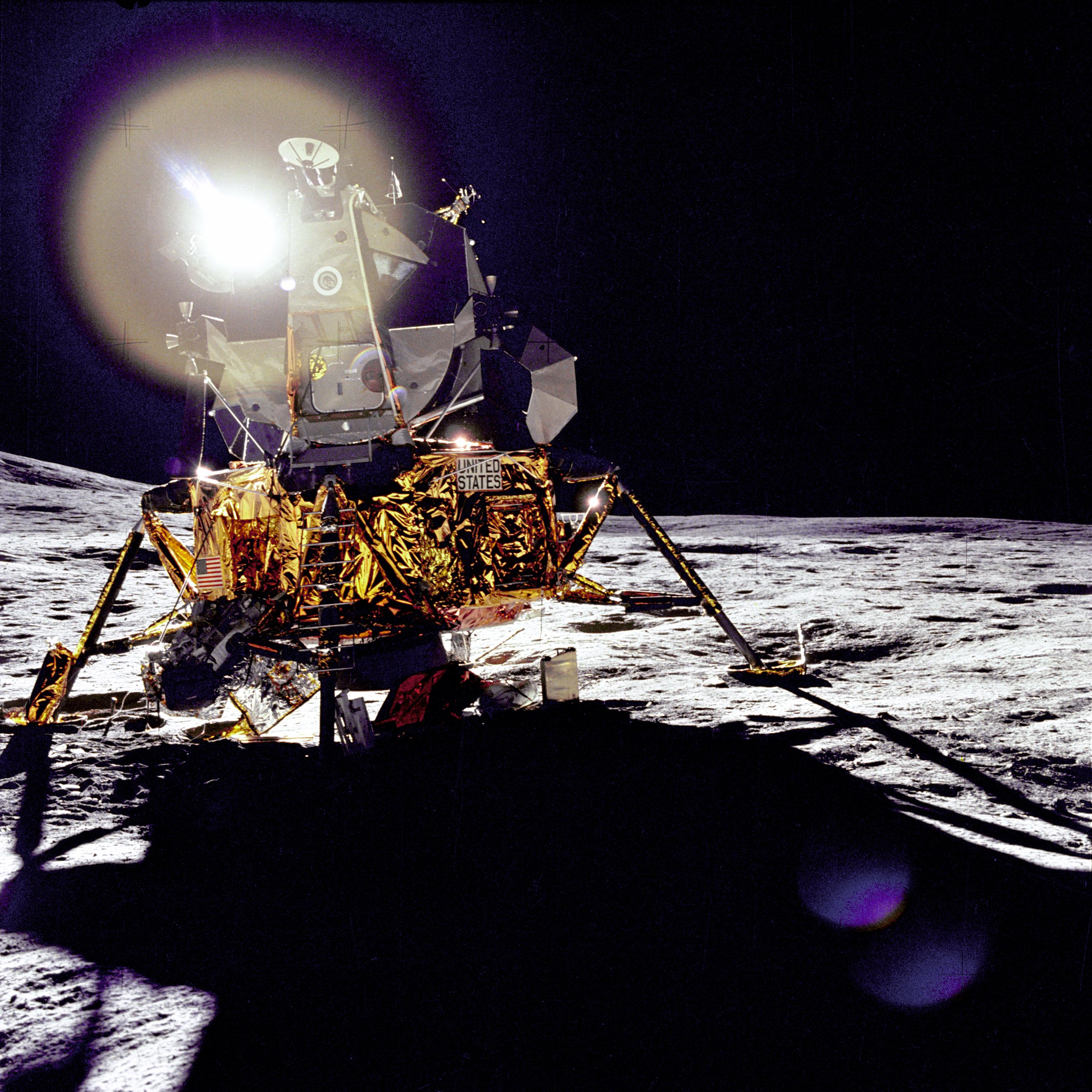