Two views of the surface of Ganymede, the largest moon of Jupiter, show sets of parallel ridges and grooves, impact craters, and other features. The grooved terrain probably is younger than the surrounding landscape, which contains more craters. A possible global ocean of liquid water may be hidden deep below the big moon's icy crust. These images were snapped by Voyager 2 when it flew through the Jovian system in 1979. [NASA/JPL] 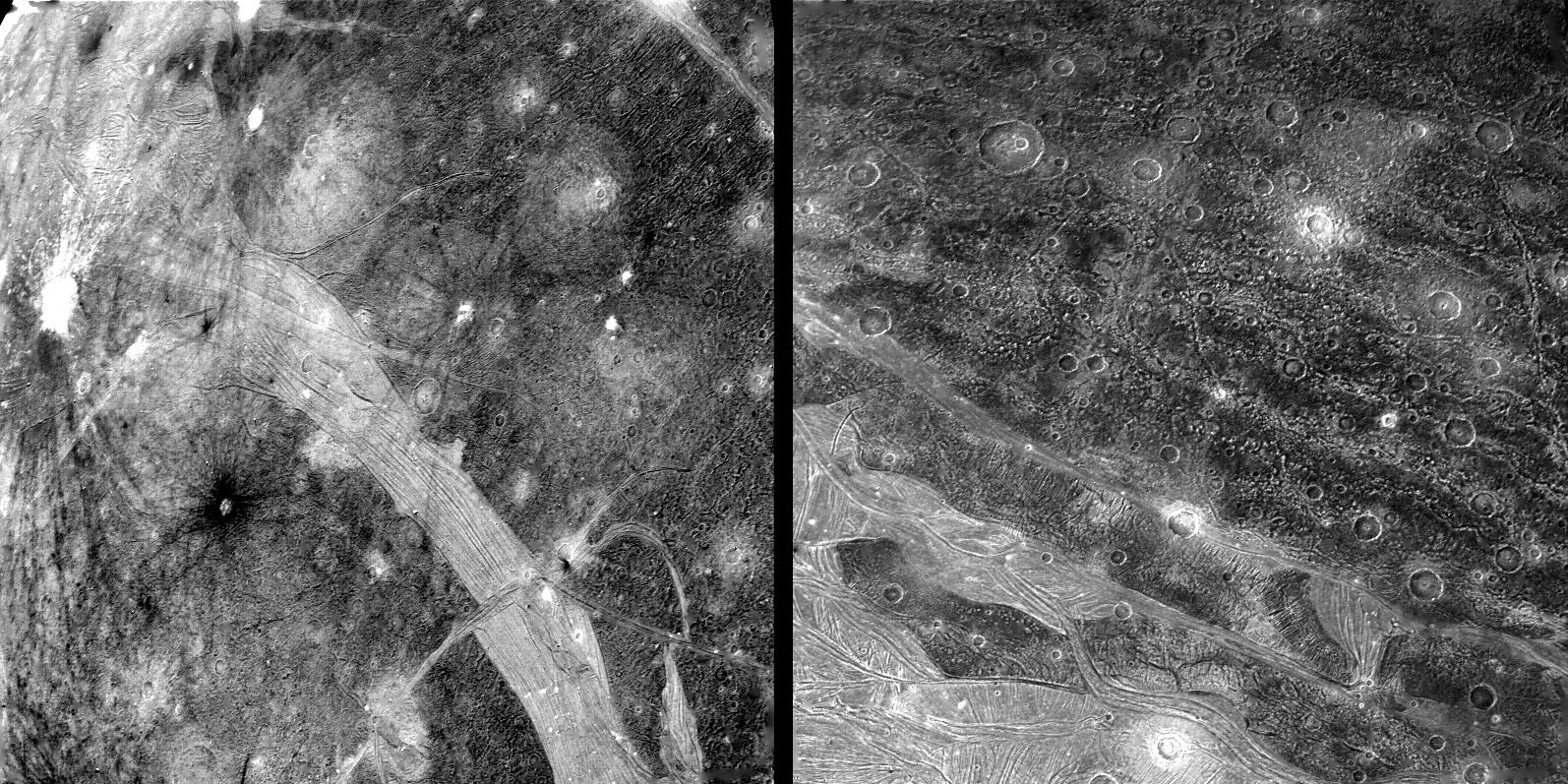