The U.S. Army bounced radar signals off the Moon on January 10, 1946. The experiment, Project Diana, was designed to test radar's ability to track missiles fired from the Soviet Union toward the United States. The tests, which used surplus equipment from World War II, also established a new field of science; today, astronomers use radar to study the planets and moons of the solar system. This image shows the antenna used to transmit and receive the radio beam, which was in New Jersey, and an oscilloscope display that depicts the transmitted radar signal (the peak at left) and the return signal from the Moon (smaller peak at right). [Wikipedia]

Find out more in our radio program entitled
Moonshine 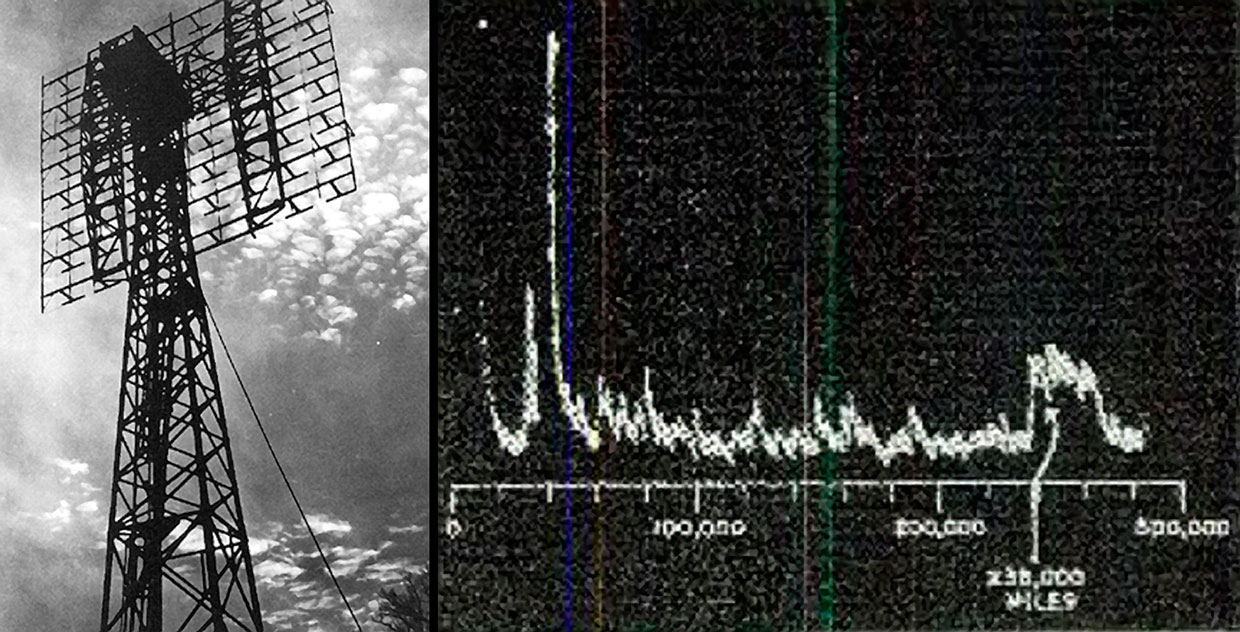