Chandrayaan 2, an Indian mission, snapped this image of the region around the Moon's north pole on August 23. A lander descended toward the Moon on September 6, but flight controllers lost contact during its final descent, at an altitude of about 1.3 miles (2.1 km). The lander included a rover, Pragyan, that was scheduled to operate for one lunar day (about two Earth weeks). The orbiter, which is working normally, will operate for one year, generating both elevation and mineral composition maps of the lunar surface. [ISRO] 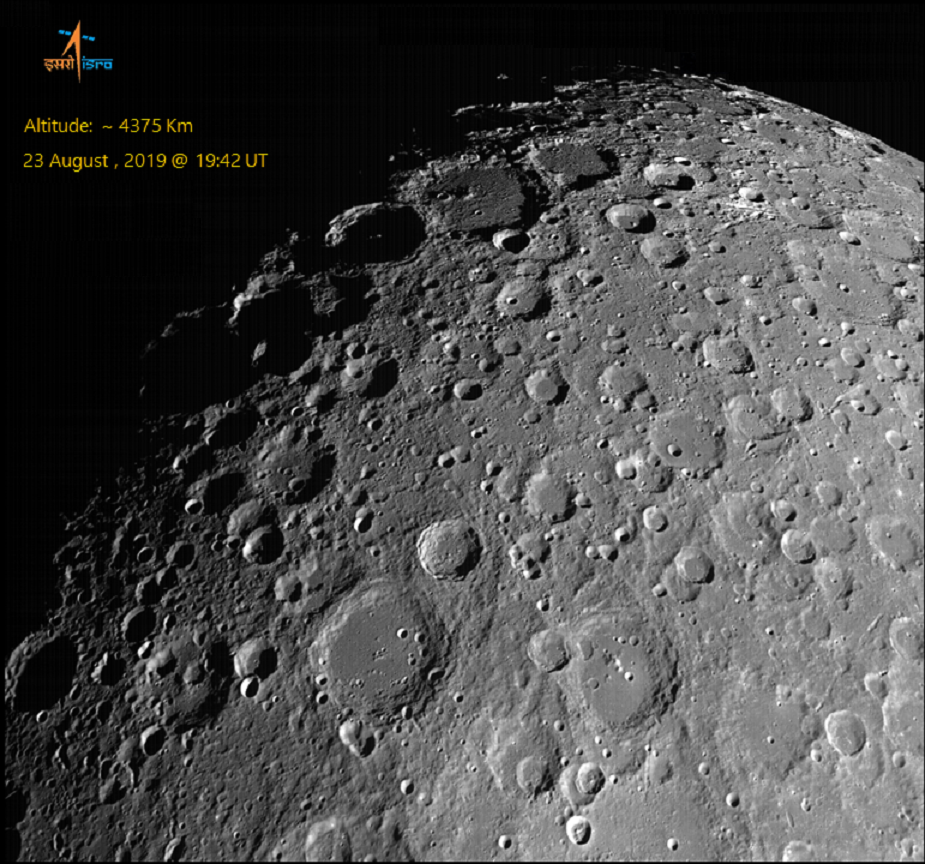