Iota Orionis, the bright star to the lower right of center in this image of the Orion Nebula, is actually a binary--two stars locked in orbit around each other by their mutual gravitational pull. While the stars in most binaries are the same age, indicating that they were born together, the stars of Iota Orionis are different ages. That suggests that each star was born with another partner. A close encounter between the two binaries sent one member of each pair flying through the galaxy, with the remaining members latching on to each other and forming a new binary. [rawastrodata] 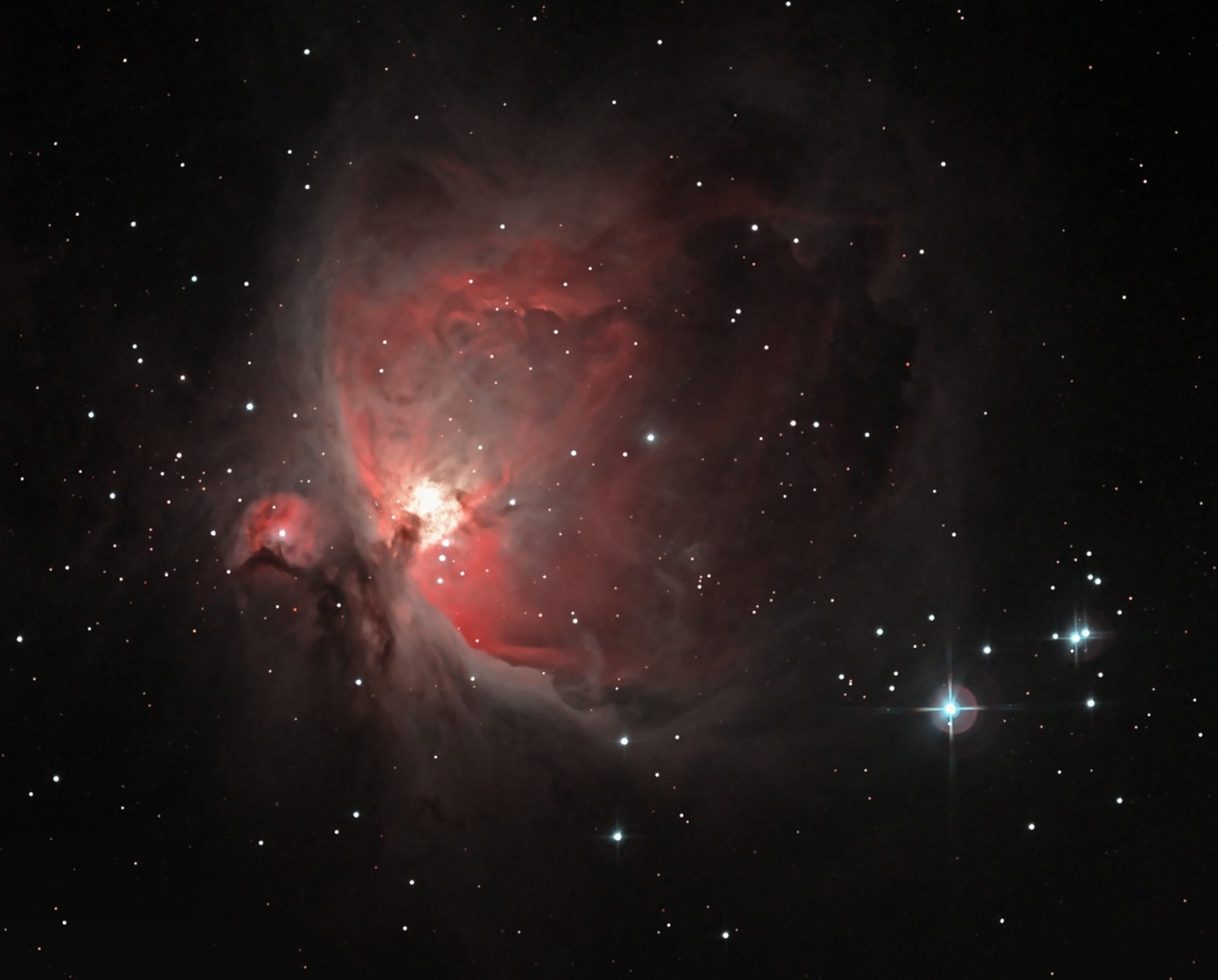