Stellar nurseries line up like bulbs on a string of Christmas lights in this Hubble Space Telescope image of the spiral galaxy Messier 83. The galaxy is like a miniature version of the Milky Way Galaxy. This view shows the galaxy's core (at right) and part of one of its spiral arms. Blobs of red along the arm are giant clouds of gas and dust that are giving birth to new stars. The image also reveals bubbles outlined in red that are filled with brilliant blue stars, all of which have formed only recently. M83, which is also known as the Southern Pinwheel Galaxy, is about 15 million light-years away, in the southern constellation Hydra, the water snake. [NASA/ESA/Hubble Heritage Team (AURA/STScI)]

Find out more in our radio program entitled
Southern Pinwheel 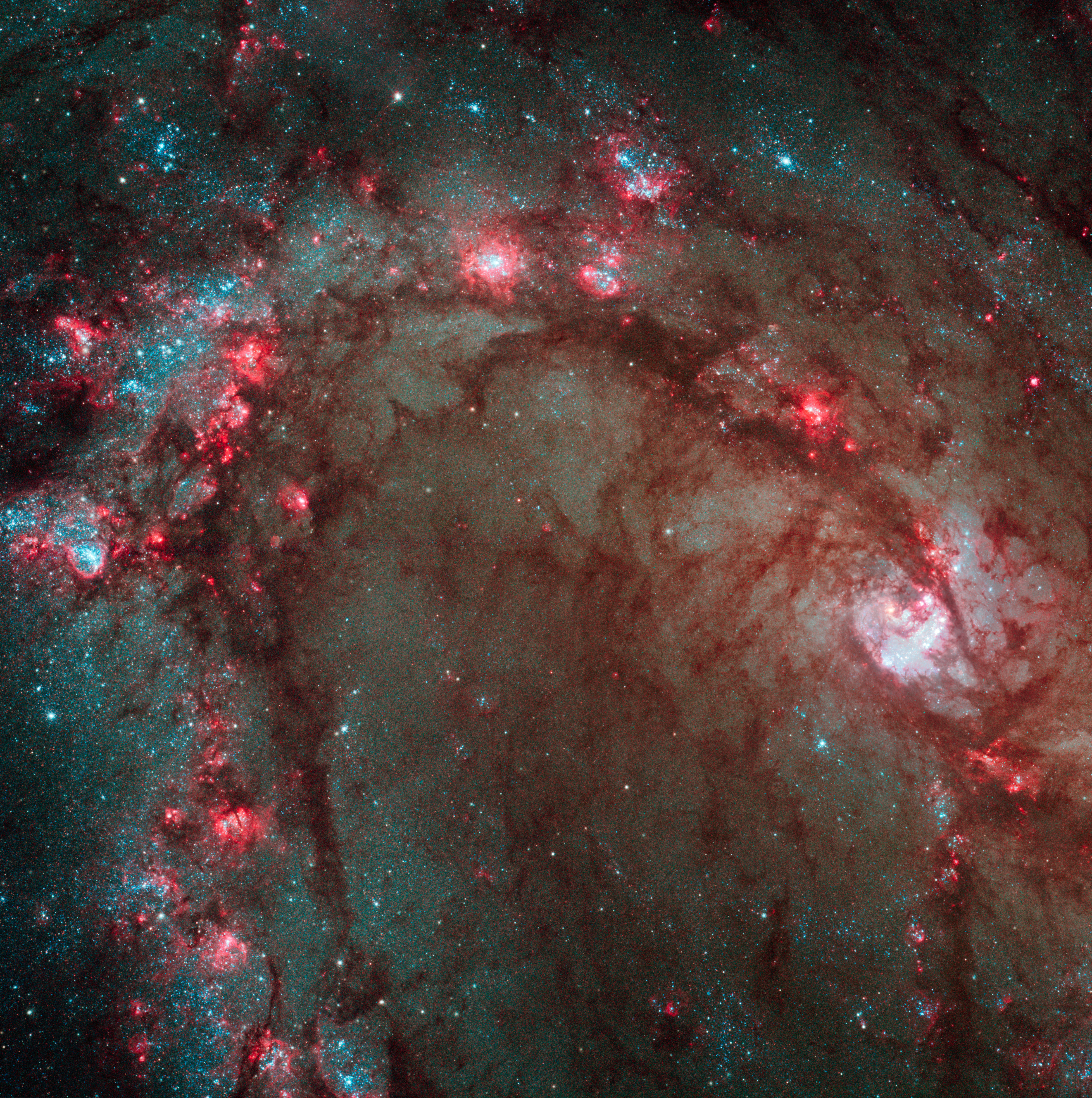