WASP-121b, a planet about 850 light-years from Earth, is being slowly eroded by radiation and winds from its host star. The planet and star are so close together that the planet's atmosphere is heated to 4,500 degrees Fahrenheit, while the star's gravity pulls the planet into a football shape. Astronomers have measured the composition of the planet's atmosphere and found some rare-earth elements, including vanadium. The system is in Puppis, which is low in the south on early January evenings. [NASA]

Find out more in our radio program entitled
Metallic Skies 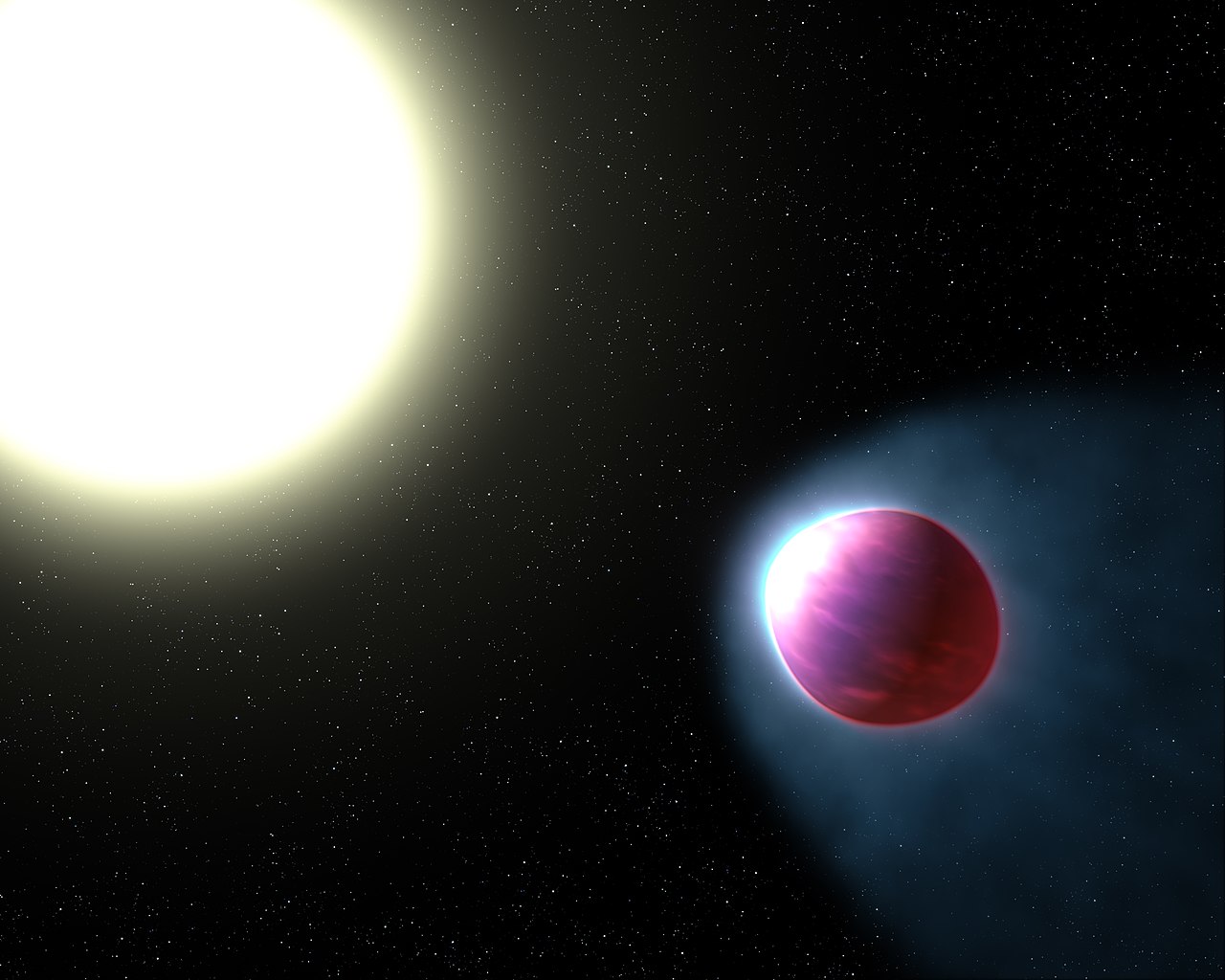