This artist's concept shows the aftermath of a collision between two asteroids orbiting NGC 2547-ID8, a star about 1200 light-years away in the southern constellation Vela. The star is quite young, so its encircling planetary system is still taking shape. Collisions between planetary building blocks, such as the impact depicted here, should be common, producing immense clouds of dust. Telescopes here on Earth have detected at least two eruptions of dust around NGC 2547-ID8.  [NASA/JPL]

Find out more in our radio program entitled
Messy Births 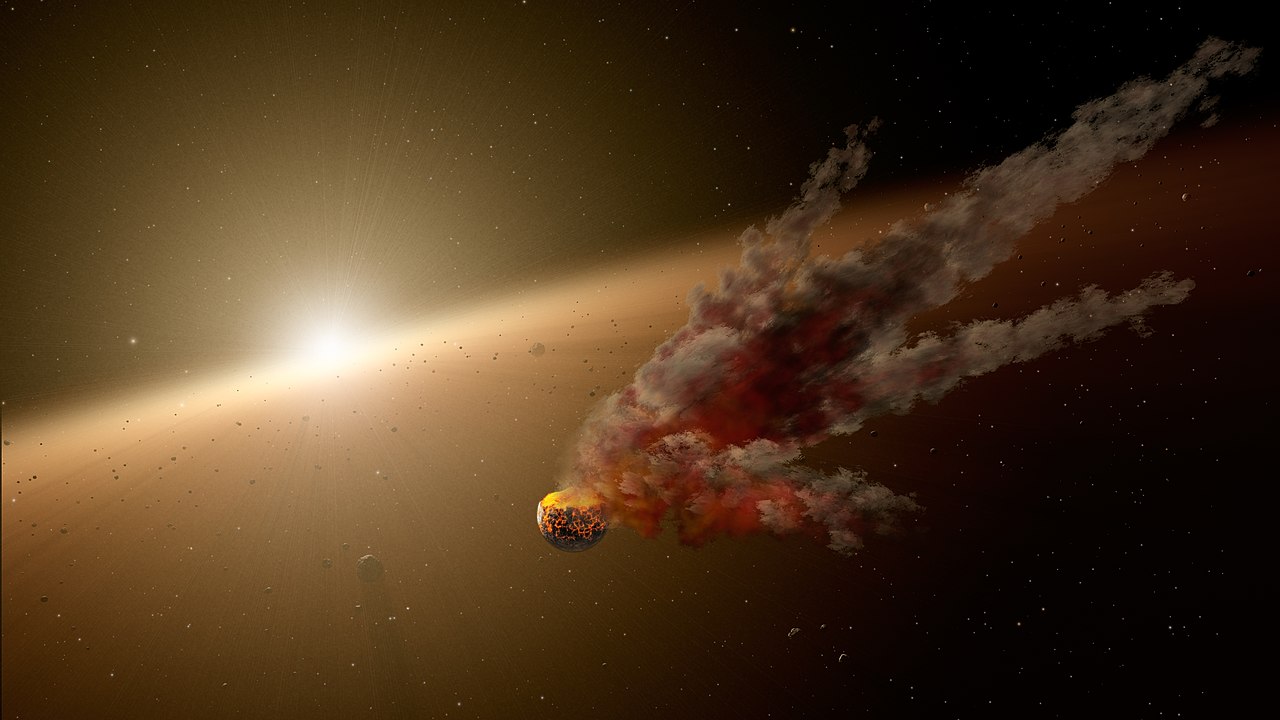