A pair of galaxies is staging a messy merger about 230 million light-years away, in the constellation Hercules. Known together as NGC 6052, both galaxies are spirals similar to our home galaxy, the Milky Way. As the galaxies come together, gravity pulls out streamers of stars that can stretch for tens of thousands of light-years. The merger also causes clouds of gas and dust to slam together, giving birth to millions of new stars. This view, from Hubble Space Telescope, also shows several more-distant galaxies around NGC 6052, which look like red swirls and slashes. The bright object at top right is a foreground star. [ESA-Hubble/NASA/A. Adamo et. al]

Find out more in our radio program entitled
Merging Galaxies 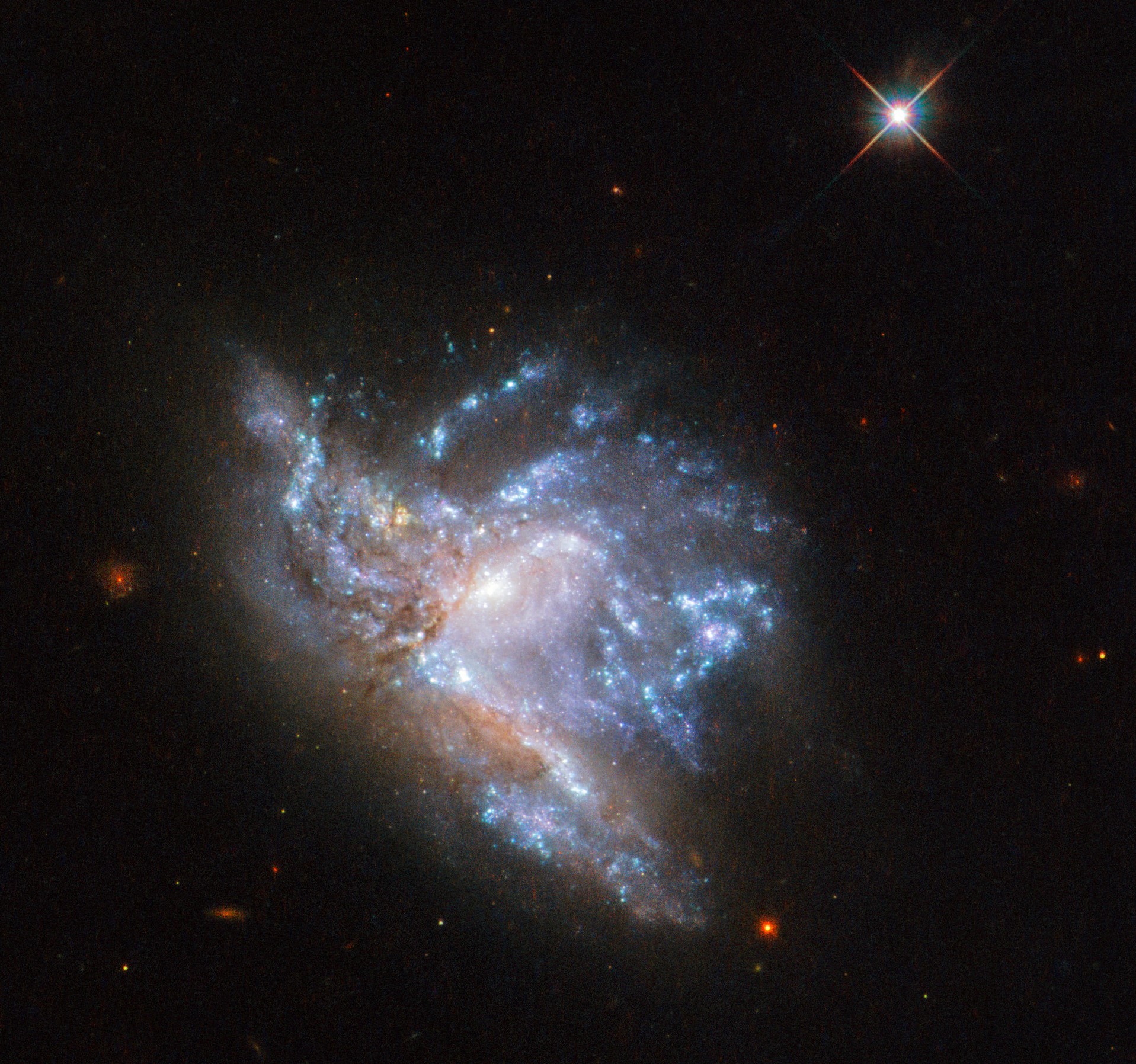