A storm erupts on the Sun in this August 2012 image from a Sun-watching spacecraft. The storm includes a solar flare (bright white are) and a solar prominence (the loop extending above the Sun's surface). If a major storm was aimed at Earth, it could damage much of our electrical infrastructure, causing massive economic damage. [NASA/GSFC]

Find out more in our radio program entitled
Storm Impact 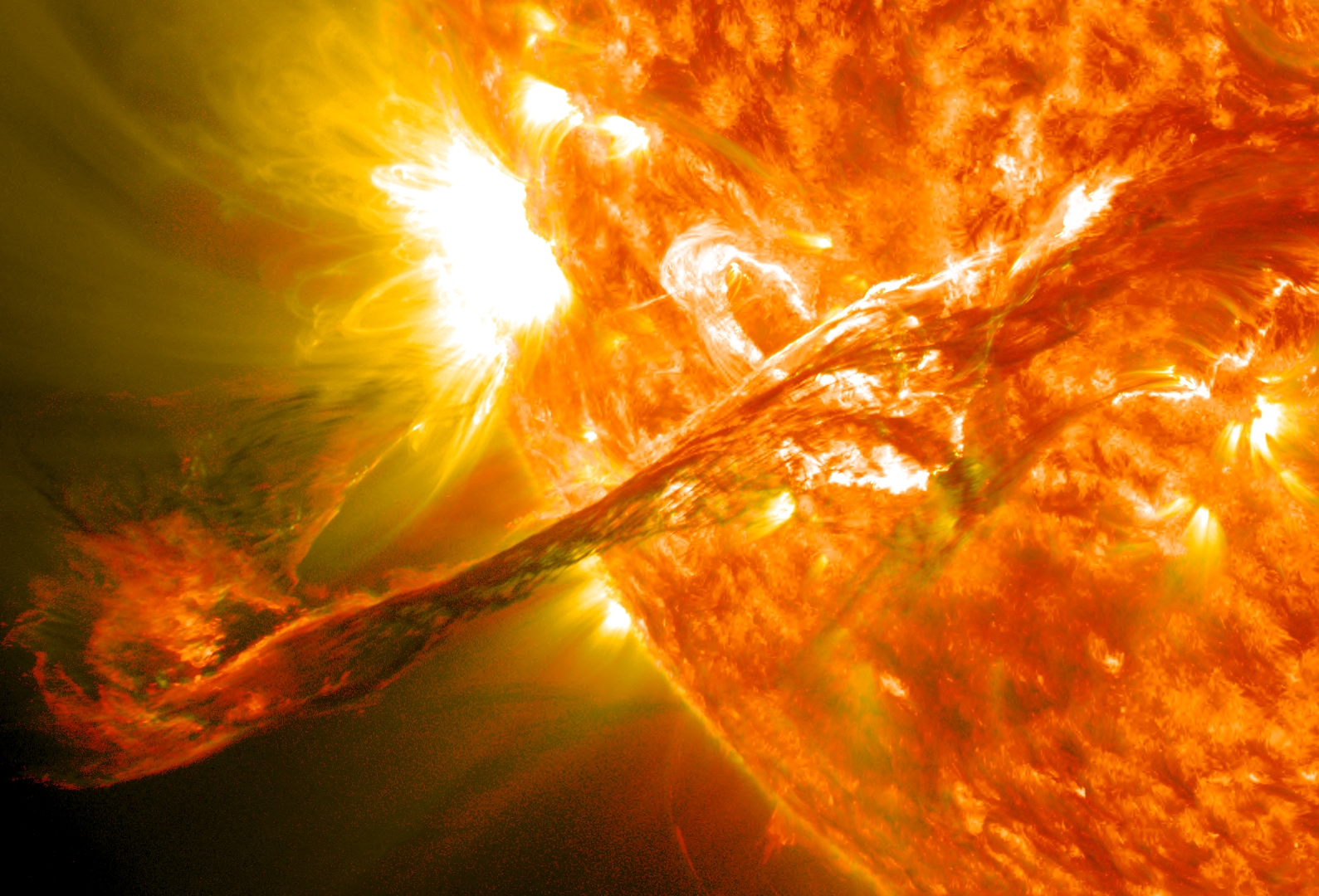