Newark (Ohio) Earthworks was built by the Hopewell people roughly 2,000 years ago. The complex consists of several giant geometric figures (shown in a map drawn in the 1800s, top, and seen in an aerial photograph from the 1980s, lower left). The figures were built to a high level of precision. Scientists have found alignments to key moonrise and moonset points. The odds of such alignments being random are roughly one in a million. That suggests the earthworks served as a giant lunar calendar, and served an important role in the ritual and ceremonial life of the surrounding villages. The image at lower right shows a recent view of one of the main walls, which was fronted by a moat. [Clockwise from top: Ephraim George Squier/Edwin Hamilton Davis (1848); Ericplaysbass; Einar E. Kvaran]

Find out more in our radio program entitled
Moon Watching 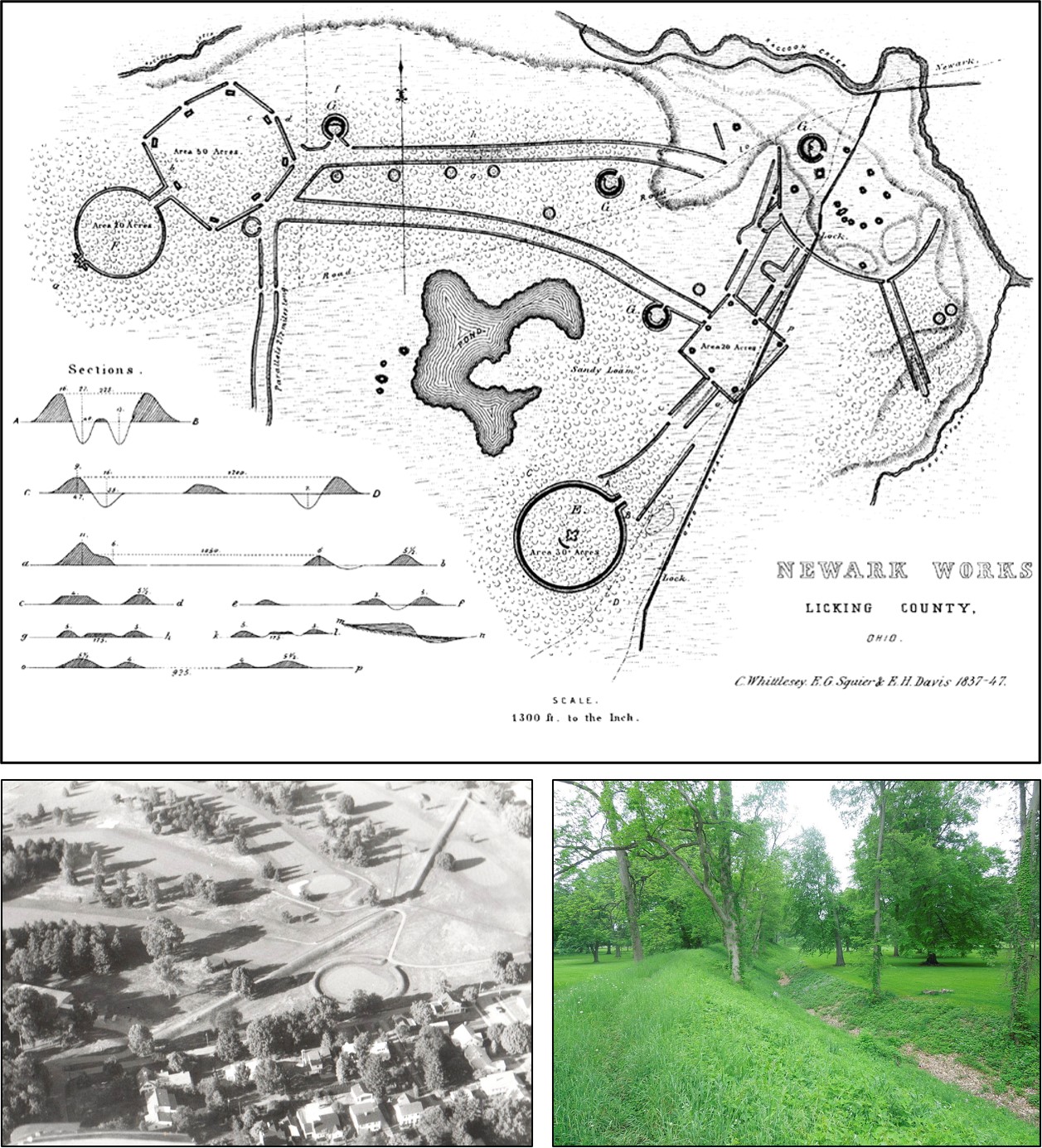