Lanes of dark dust punctuated by bright stellar nurseries highlight the center of Centaurus A, a distant galaxy that is one of the brightest in the night sky. The galaxy, also known as NGC 5128, also is a major source of radio waves. They come from the galaxy's core and from "jets" that shoot into space above and below the core. The dust lanes and radio waves suggest that Centaurus A may be the result of a recent merger between two smaller galaxies. [ESO]

Find out more in our radio program entitled
Centaurus A 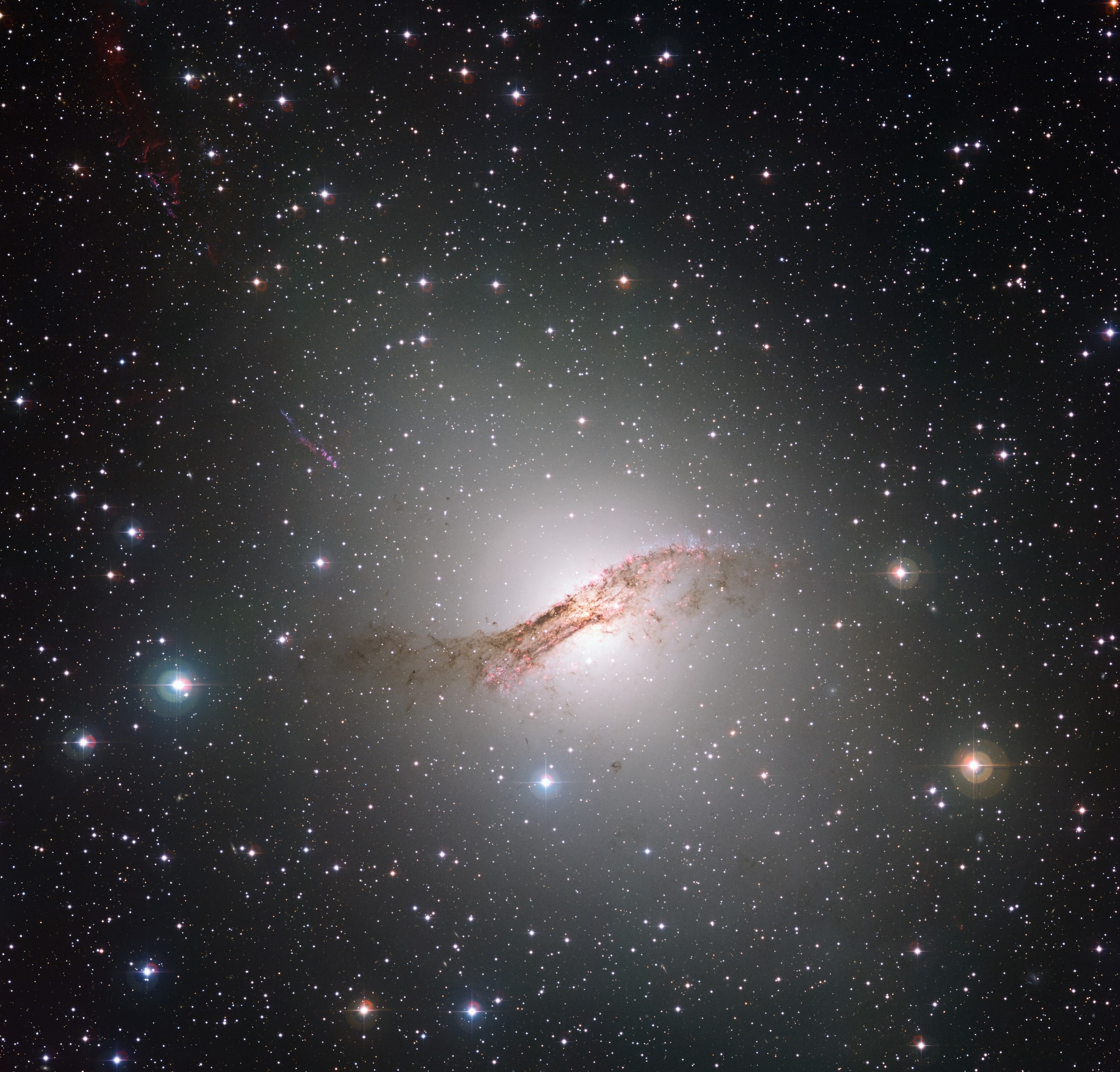