Mars Reconnaissance Orbiter may have found the failed Schiaparelli lander, which plummeted to the Martian surface on October 19. A picture taken on October 20 (bottom) shows two spots that were not on an image of the same region in May (top). The image, also shown in a larger view at right, reveals a dark spot and a bright spot. The bright spot may be the lander's parachute, while the larger dark spot could be debris from the lander itself. The European Space Agency reports that Schiaparelli's retrorockets appear to have shut down when the lander was still a mile or two above the surface, not a few feet as planned. The lander was designed to test technologies for landing a rover on Mars in 2020. [NASA/JPL/MSSS] 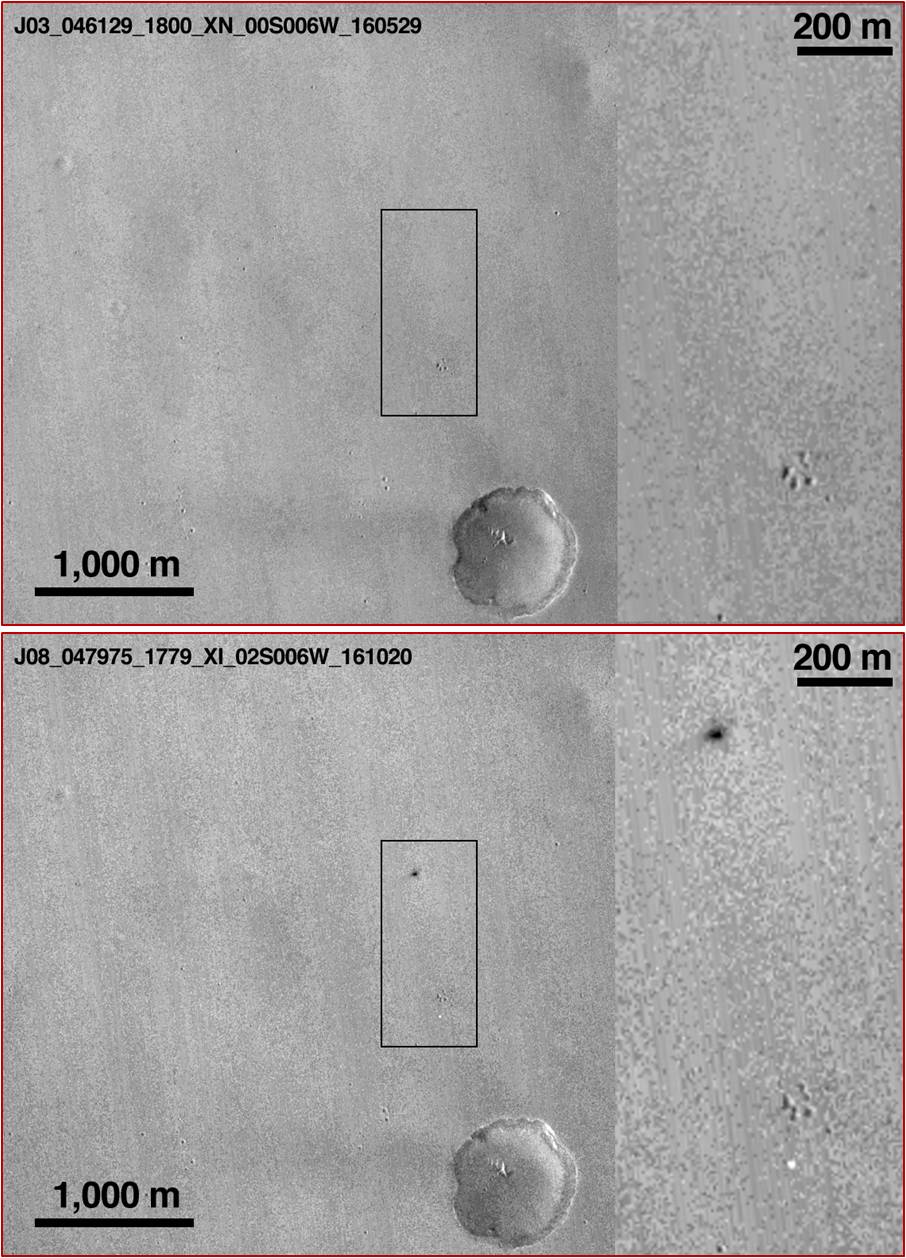